Tata will launch Harrier, Nexon, and Altroz in Black Edition soon. There is no official confirmation as to when the pricing of these Back Edition of Tata cars will be revealed.
By : HT Auto Desk
| Written By : Prashant Singh
| Updated on: 01 Jul 2021, 07:12 PM 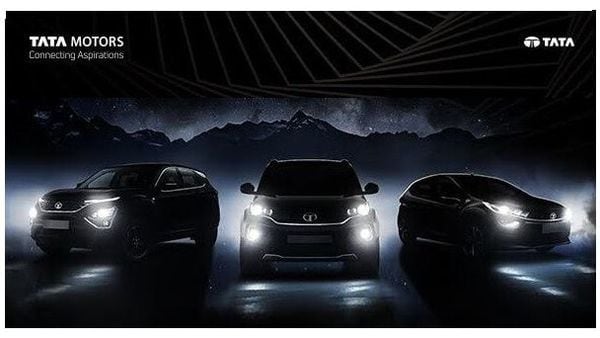 There is no official confirmation as to when the upcoming special Back Edition of Tata Harrier, Nexon and Altroz will be launched.

Tata Motors on Thursday announced that it will be launching the 'Black Edition' models of the Harrier, Nexon and Altroz cars in India soon. These models are bound to arrive at the authorised Tata dealerships sometime in the next few weeks, while the pricing may be revealed shortly after that.

Apart from the limited information revealed via the latest official invite, there are no other details available on the upcoming special 'Back Edition' Tata cars.

For the record, Tata has in fact previously introduced the dark-themed version of its cars including the Harrier. The model is also currently on sale in the market named as 'Dark Edition' that is based on the XZ and XZ+ trim of the Harrier and retails at ₹18.35 and ₹19.60 lakh (ex-showroom), respectively.

The new 'Black Edition' cars are likely to get a slightly tweaked exterior styling with blacked-out elements. Apart from the dark-themed exteriors, Tata is also likely to give these cars a fully black dipped cabin and interior colour theme - in sync with the sporty exteriors.

Save for the cosmetic tweaks, the rest of the getup may remain unchanged. Hence, expect no alteration in the engine configuration, output, or the feature list of the new Tata cars. On the other hand, pricing could go up depending upon the donor variants these models come based upon.

Meanwhile, the company has announced that it has sold a total of 24,110 passenger vehicles in the month of June. The company also added that Nexon EV has registered the best-ever monthly sales with 650 units last month.