Tata Harrier CAMO special edition looks ruggedly appealing in green external colour theme and gets a number of accessories as optional.Tata says Harrier CAMO pays homage to the outdoors and the spirit and grit of India's armed forces.
By : HT Auto Desk
| Updated on: 06 Nov 2020, 11:32 AM 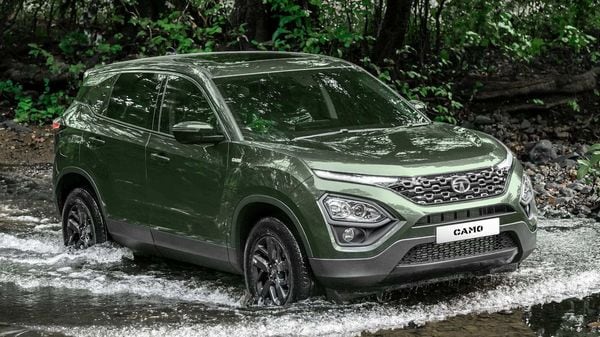 Tata Harrier CAMO edition seeks to up the menacing visual quotient of the SUV.

Tata Harrier CAMO special edition was launched officially on Friday at ₹16.50 lakh (ex showroom, Delhi). The special edition Harrier seeks to put out several highlights in order to woo SUV buyers in the country in the ongoing festive period but primary among these is an all-new CAMO green body colour.

With a look that resembles military vehicles, the Harrier CAMO special edition looks menacing in its green hue while the R17 blackstone alloys and CAMO badge further accentuate the visual appeal. On the inside, the special edition of Harrier gets Blackstone Matrix Dashboard, premium Benecke- Kaliko Blackstone leather seats with contrast CAMO green stitch and interiors in gunmetal grey.

There are also a number of accessories that have now been introduced. This includes special CAMO graphics, Harrier mascot on the bonnet, roof rails, side steps and front parking senrors. The cabin gets back seat organiser, sunshades, 3D moulded mats and 3D trunk mats, and anti-skid dash mats. 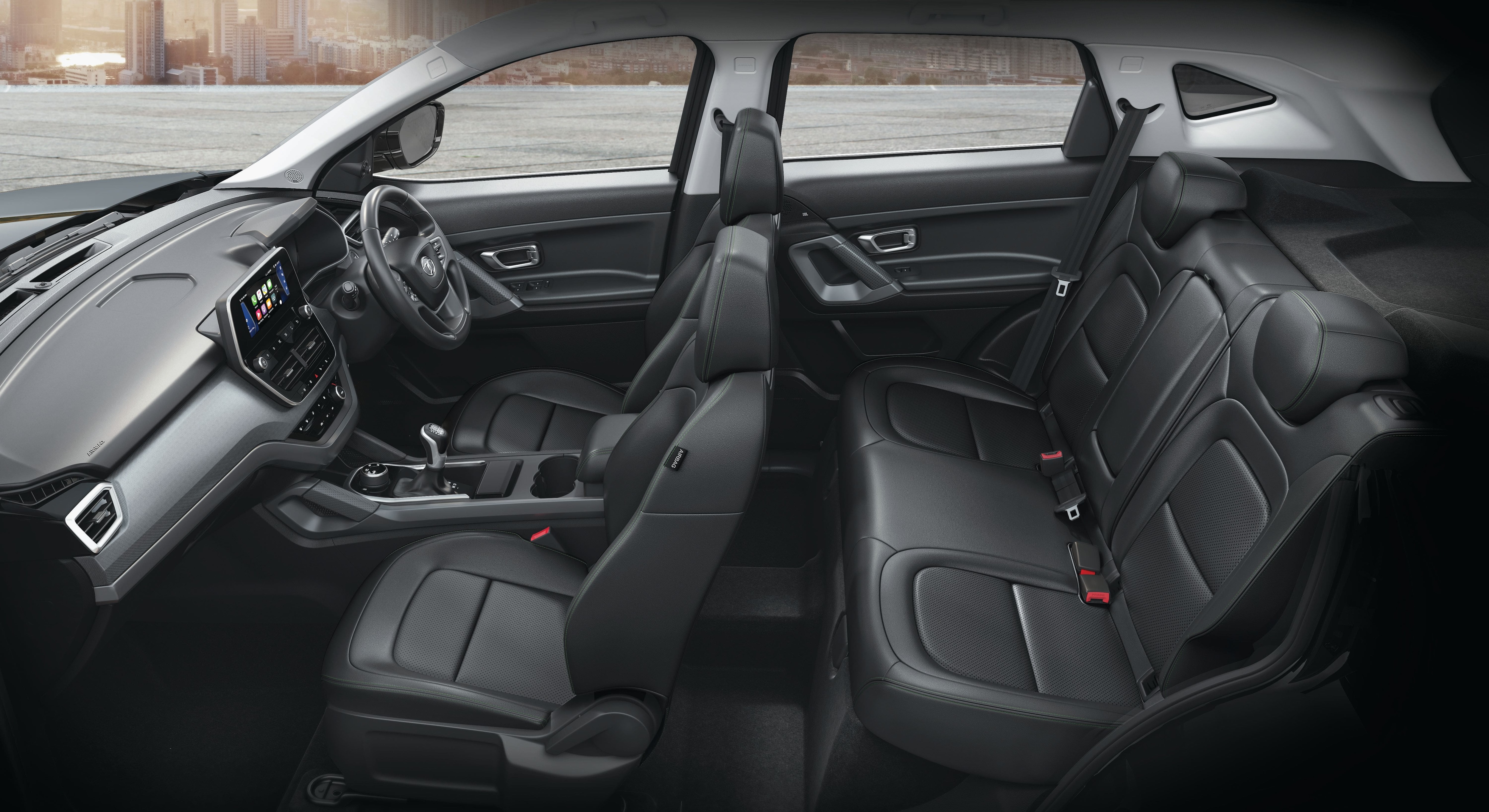 A view of the cabin space in the Tata Harrier CAMO edition.

These accessories are available in two pack options - CAMO Stealth and CAMO Stealth+, prices starting - at an additional price of ₹26,999.

The car maker states that the CAMO edition is its way of making Harrier pay homage to the roads less taken and salutes the resilience of the country's armed forces. "The Harrier, in its CAMO avatar, pays homage to the ultimate inspiration of this SUV - the Great Indian Outdoors, and the spirt and grit of the armed forces who spend a majority of their time in these outdoor locations, keeping our borders safe and secure," said Vivek Srivatsa, Head, Marketing, Passenger Vehicles Business Unit, Tata Motors. "We are confident our customers will appreciate the strong, unique form of the Harrier, rendered even more robustlyin the CAMO Edition, this festive season."