Majority of the upgrades on the Altroz iTurbo are focused on improving the overall driving experience.Apart from a new turbo powertrain, the Tata Altroz also gets the iRA connected technology which was previously found only on the Nexon SUV.
By : Prashant Singh
| Updated on: 20 Jan 2021, 11:17 AM 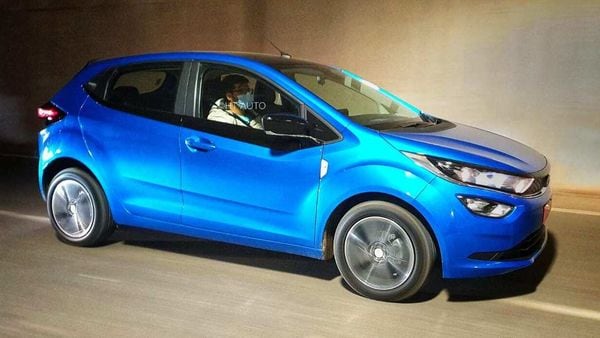 The Tata Altroz is built on the ALFA platform which feels strong and stiff. (HTAuto/Sabyasachi Dasgupta)

The Altroz iTurbo variant was awaited ever since Tata's premium hatchback first made its entry in the market last year. And exactly after one year of its launch, the homegrown automaker introduced the new powertrain, along with several other notable updates. So how good the new Altroz iTurbo really is? Read on to find out.

The majority of the upgrades on the Altroz iTurbo are focused on improving the overall driving experience, while on the outside, things remain more or less the same. There is a new flashy Harbour Blue paint theme with a black roof and over the back, there is an ‘iTurbo’ batch which differentiates it from other Altroz models. Design-wise, details including the headlamps/tail lamps, front main grille, bumpers, and rest of the body have been left untouched. The new Harbour Blue paint scheme complements Altroz's smart and sculpted design. 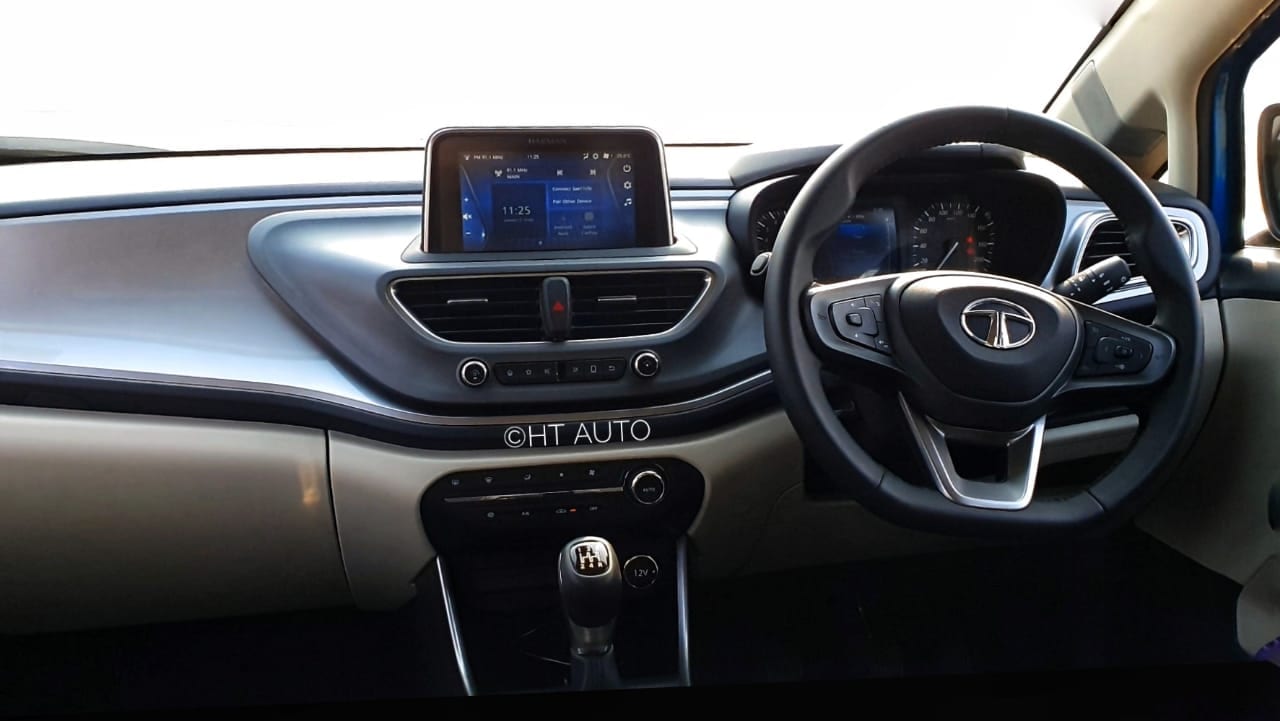 Things remain relatively unchanged inside the cabin of the Altroz iTurbo. (HTAuto/Sabyasachi Dasgupta)

On the inside too, things remain relatively unchanged and that’s expected as it is not a facelift. In detail, you get the same semi-instrument console and dash with a mid-mounted infotainment system. That said, what’s new in this space is the use of leatherette seats, a new express cool feature, one shot-up power windows, and two additional tweeters which are limited to the iTurbo variant only. The new features also include What 3 Words and Altroz is India’s first hatchback to have it. For the uninitiated, under this feature every 3 metre square of the world has been given a unique combination of three words, and it is fairly convenient to search destination on this once you get an idea of how it is used. Moreover, its cabin also benefits from new sporty looking black and light interiors and the new colour theme will also be made available in all variants and powertrains of Altroz. One of the major new additions to the car includes the new iRA connected technology feature which was previously available only on the Nexon SUV. Tata claims that iRA App offers 27 connected car features. It can be used to see the trip history, run diagnosis, remotely lock unlock, honk, or turn the lights on/off. Moreover, there is also an emergency SOS window available and it also offers stolen vehicle tracking and remote immobilization. The iRA app is available for download on both iOS and Android devices. Goes without saying, you always have to stay in a network coverage area in order to fully use the iRA feature, or else commands may take a little longer to execute. Rest, the app functions smoothly and the user interface is also fairly simple to understand.

Other updates on Altroz iTurbo include its voice command system which apart from English, now also catches commands in Hinglish. But sadly, there are only a handful of instructions it can process at the moment. For example, it may not turn the AC on or off for you but only adjust the temperature and fan speed. 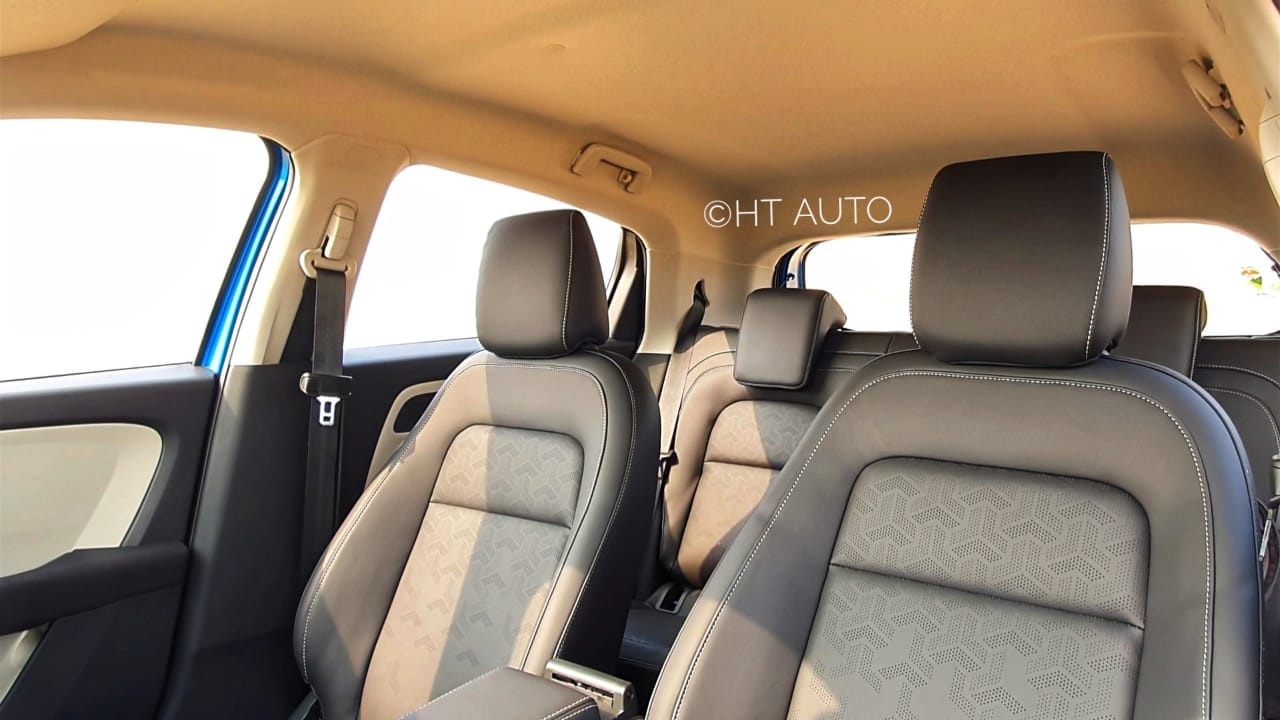 Getting on to the rear seat, there is absolutely no change what so ever. The doors open wide and easy and the seating is high and you sit fairly up on the back. It also provides a good view on the outside, but for some, the rising window line can be an issue. There are AC vents for the second row, a wide armrest, also a headrest for the rear passengers which can be adjusted. At the rear, the Altroz’s cabin doesn't feel as airy as the Honda Jazz and might not offer the same legroom as may be found in the Baleno; but nonetheless, there's enough knee room for average 5'10" people to sit in comfort. The Altroz is also the widest car in the class and there is enough shoulder room for three occupants at ease in the second row.

Previously, the Altroz had only the 1.2-litre Revotron, and the 1.5-litre Revotorq engines, but now it also gets a 1.2-litre turbo-petrol powertrain which was under speculation ever since the car was first introduced. To put down the numbers, it produces 110 PS and 140 Nm of torque. Sadly there is only a 5-Speed manual transmission available at the moment, while a DCT is expected to join in the later stage. Though, that is yet to be officially confirmed. 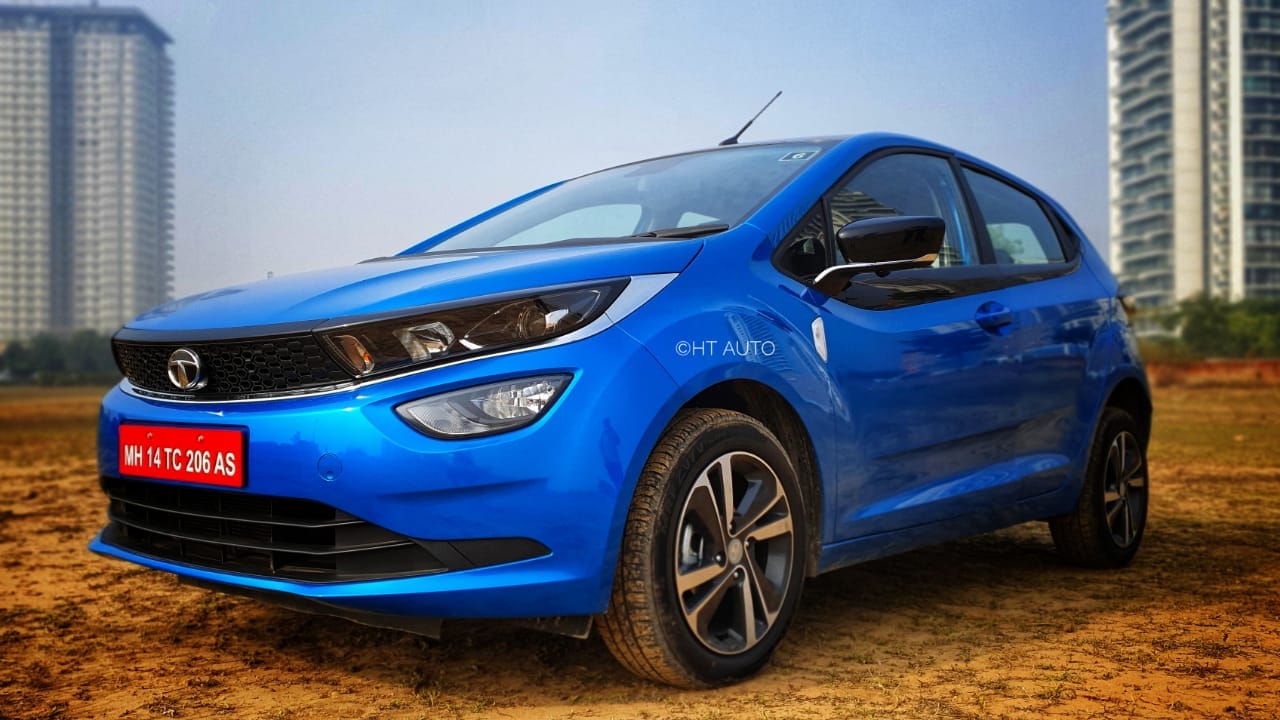 There is no DCT on offer inside the new Tata Altroz iTurbo. (HTAuto/Sabyasachi Dasgupta)

The Altroz have always had the very best driving dynamics found in Tata cars and the new turbo engine only complements the entire package. There is instant power available right where you need it and the power is linearly spread throughout the range. The transmission, as before, is slick and precise to use and offers smooth shifting.

Apart from the standard 'City' mode it also gets the new ‘Sport’ mode which is exclusive to the iTurbo variant and is aimed at extracting the full potential of this petrol turbo powertain. The car announces this mode by turning the display red when you push the sport button which sits below the gear shift stick on the central panel. While the total power output remains unchanged in both the modes, the car feels really jazzed up in sport mode. Instant torque is spot-on unlike the City mode which might feel a little underwhelming at times. 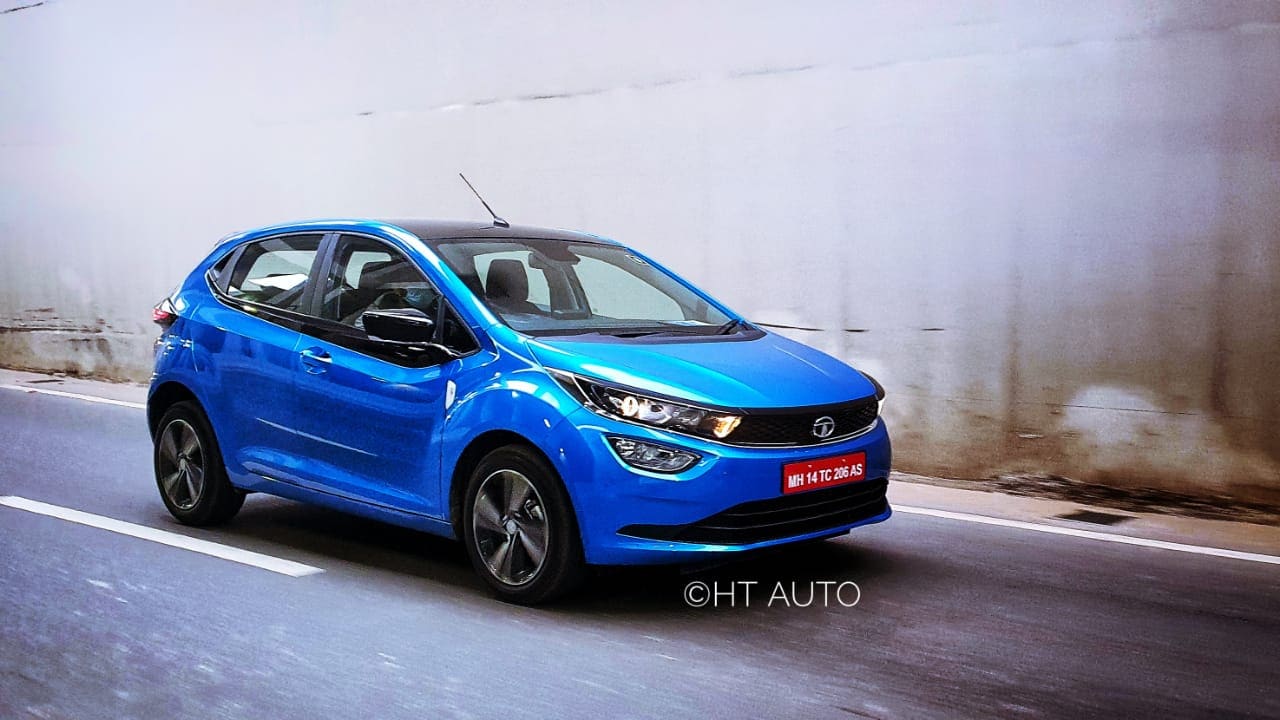 The cabin on the Altroz iTurbo remains well isolated in terms of blocking out all the outside noise, but the engine could be heard whining sometimes when pushed hard. (HTAuto/Sabyasachi Dasgupta)

The Altroz is built on the ALFA platform which feels strong and stiff and the suspension is very well-sorted too. It deals with all imperfections in the road without any drama and the ride is also comfortable without being too stiff. The body roll is also well-controlled and the steering feels quite easy and accurate and has the needed weight too.

Since there is no structural change and the cabin remains well isolated in terms of blocking out all the outside noise, but the engine could be heard whining sometimes when pushed hard. To sum up the experience, the Altroz iTurbo is indeed an enjoyable car to drive and the new iTurbo powertrain has clearly upped the ante in terms of overall drivability. 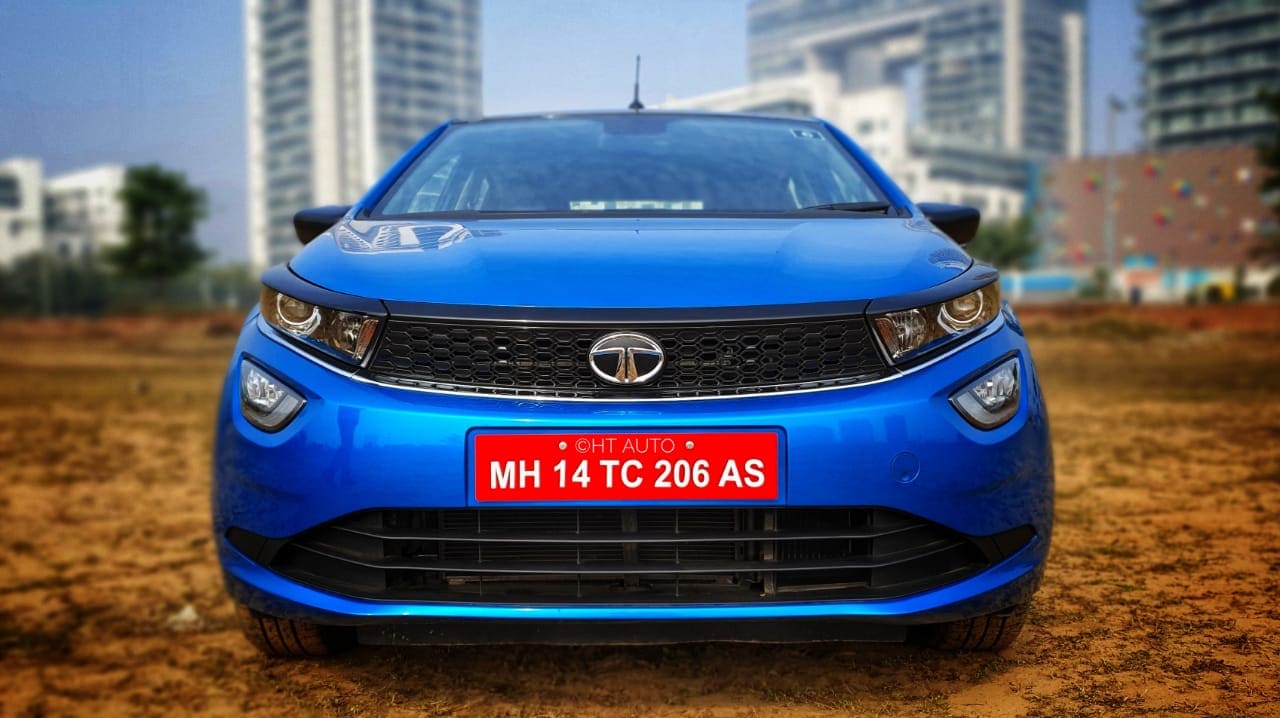 Thanks to the new Turbo engine, the Altroz is now finally ready to lock horns with the segment rivals. (HTAuto/Sabyasachi Dasgupta)

Tata Altroz is finally a more complete package with the new Turbo engine and it really is ready to take the fight off with the segment rivals like the new i20 Turbo and the VW Polo. The only minor drawback is the lack of DCT or any automatic gearbox which is quite popular especially among the buyers it seeks to reach out. But if that doesn’t bother you, there’s honestly nothing to complain about. It is easily one of the most fun to drive cars in the segment which has also proven its mettle in all the recent safety tests.