Surcharge on taxes on luxury cars in India to go up, hints Nirmala Sitharaman

At a time when carmakers in India are raising voices against high tax rates for vehicles, the government is all set to put more burden to meet revenue shortfalls.
By : HT Auto Desk
| Updated on: 06 Oct 2020, 08:52 AM 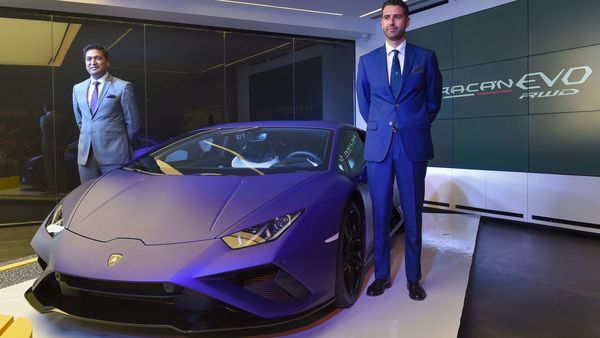 The Centre is all set to extend surcharge on taxes on luxury cars beyond 2022. During a meeting on Monday, the finance ministry said the decision was taken under plans to help states repay loans raised to meet revenue shortfalls in the current fiscal year.

Luxury vehicles in India attracted a base rate of 28% with 15% cess when GST was implemented. Later, cess on large cars was increased further, taking GST to 48%, and in some cases up to 50%. This tax structure made luxury cars more expensive in India, compared to their prices in other countries.

For instance, a BMW X1 facelift model price in India begins at ₹36 lakh. However, in UK, the cost of the car is less than ₹28 lakh, and under ₹27 lakh in United States.

Luxury carmakers in India, like Audi, have often complained about high tax rates stalling growth of the segment. Balbir Singh Dhillon, former Head of Audi India, had said, “So, first you pay import duties (100 per cent) then you pay GST which is 48 per cent and then you have registration tax of another 15 per cent. So, it’s duties on duties on duties — a multiple layers of duties which is keeping this sector very niche."

However, when the debate was reignited due to fall in car sales due to slowdown and coronavirus-induced lockdown this year, the government had argued that the carmakers should lower cost of cars instead of seeking tax relief. Government sources say the GST rates on automobiles are less than what value added tax and excise duty rate used to be before the introduction of uniform taxation across the country.

The government’s reaction was prompted by Toyota’s decision not to expand its India operation due to heavy taxes. "The message we are getting, after we have come here and invested money, is that we don't want you," Bloomberg quoted Shekhar Viswanathan, vice chairman of Toyota Kirloskar Motors, as saying.

Super luxury cars, like Lamborghini, Ferrari or Aston Martin, cost nearly three times more than its actual price when sold in India due to heavy taxes levied by the government. Currently, if one decides to buy a Lamborghini, has to shell out more than 150% on duties and taxes.

Besides the duties and taxes, one also needs to pay other components like transportation and dealer charges, insurance and registration. All of these multiply the cost of ownership by more than three times the actual price of the car.