Skoda Slavia premium sedan is all set to be launched in India in March. 2022 Slavia is seen as the replacement model for the Rapid. However, the new Slavia will be positioned above the outgoing sedan.
By : HT Auto Desk
| Updated on: 31 Jan 2022, 11:28 AM 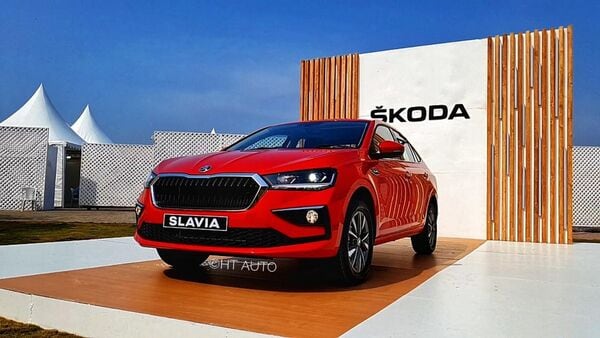 Skoda Auto India is all set to allow customers to take a test drive of its upcoming premium sedan Slavia, which is expected to be launched in March. The Czech carmaker started to roll out the first batch of Slavia sedans from its production facility located in Chakan, Pune this month.

Zac Hollis, Director for Sales and Marketing at Skoda Auto India, said that the sedan is expected to hit the showrooms in the next few weeks. He said that there has been a ‘short delay in homologation’, a process to certify that a particular vehicle is roadworthy and matches certain specified criteria laid out by the government. However, Hollis confirmed that the test drives will start in March.

Skoda is betting big with the Slavia to revive the sedan segment in India, which has somewhat been subdued by the popularity of SUVs and hatchbacks in recent years. Speaking to HT Auto earlier, Hollis had said Slavia holds key because 'Nobody has launched anything new. There's no exposure to the sedan.' Christian Cahn von Seelen, Chairman of Skoda Auto India, said, "The Slavia will not only provide a boost to the premium sedan segment, but will also showcase Skoda’s expertise, pedigree and legacy with sedans in terms of design, packaging, dynamics, technology and value."

Besides the upcoming Slavia, Skoda also offers Octavia and Superb sedans in the country.

Skoda Slavia will be powered by a 1.0-litre 3-cylinder turbo petrol that can generate an output of 115 PS. In addition, there will also be a , 1.5-litre 4-cylinder turbo petrol engine capable of churning out 150 PS. The engines will come mated to either a 6-speed manual, 6-speed automatic or 7-speed DSG transmission.

The sedan will also be packed with features inside. There will be a 10-inch touchscreen infotainment screen dominating the dashboard. It will also have touch-control Climatronic with Air Care function as standard from Ambition trim upwards. In addition, the new sedan will also feature ventilated front seats upholstered in leather for the top-spec Style variant. It will also offer 521 litres of boot space, one of the largest in its segment.

Skoda will also pack several safety features in Slavia. The sedan will get six airbags in the top variant, ESC as standard and Multi-Collision Brake. Other highlights include Hill Hold Assist, rain and light sensors, cruise control, Tyre Pressure Monitoring System and more.