Skoda Academy students create a convertible sports car as an idea for a new model from the Czech brand.First sketches of an open-top Scala has been released by the company showing the students’ creativity.
By : Sabyasachi Dasgupta
| Updated on: 24 Mar 2020, 09:05 AM 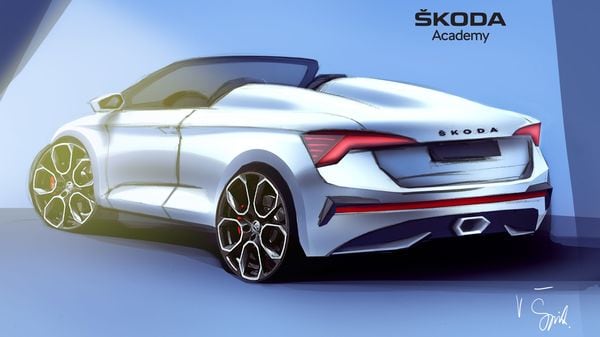 Sketch of the Skoda Scala Spider

A group of 20 students from Skoda Academy are working on what will be the seventh prototype designed and developed by apprentices. On this occasion, Skoda's apprentices are preparing a Spider version of the Scala, which will be officially revealed next June. The students have been working for months to create this prototype advised by the company's design department and its chief designer, Oliver Stefani.

After unveiling the Skoda Mountiaq in the past and the Skoda Sunroq in 2018, new trainees from the Czech company's vocational school are working on a convertible version of the Skoda Scala, the brand's subcompact model. To do this, students have expressed a desire to make the car's clean lines and shapes more prominent in the Spider version to emphasise the overall vehicle dynamics.

So far, Skoda has only revealed a couple of sketches showing the rear view of the vehicle and the interior. From the rear you can see a new cover that eliminates the rear seats and the rear doors to make way for two prominent humps that are born from the backs of the front seats. The LED headlights are original to the model, but the bumper is new, with a red stripe running the full width of the vehicle over a diffuser and a hexagonal exhaust outlet in the centre. 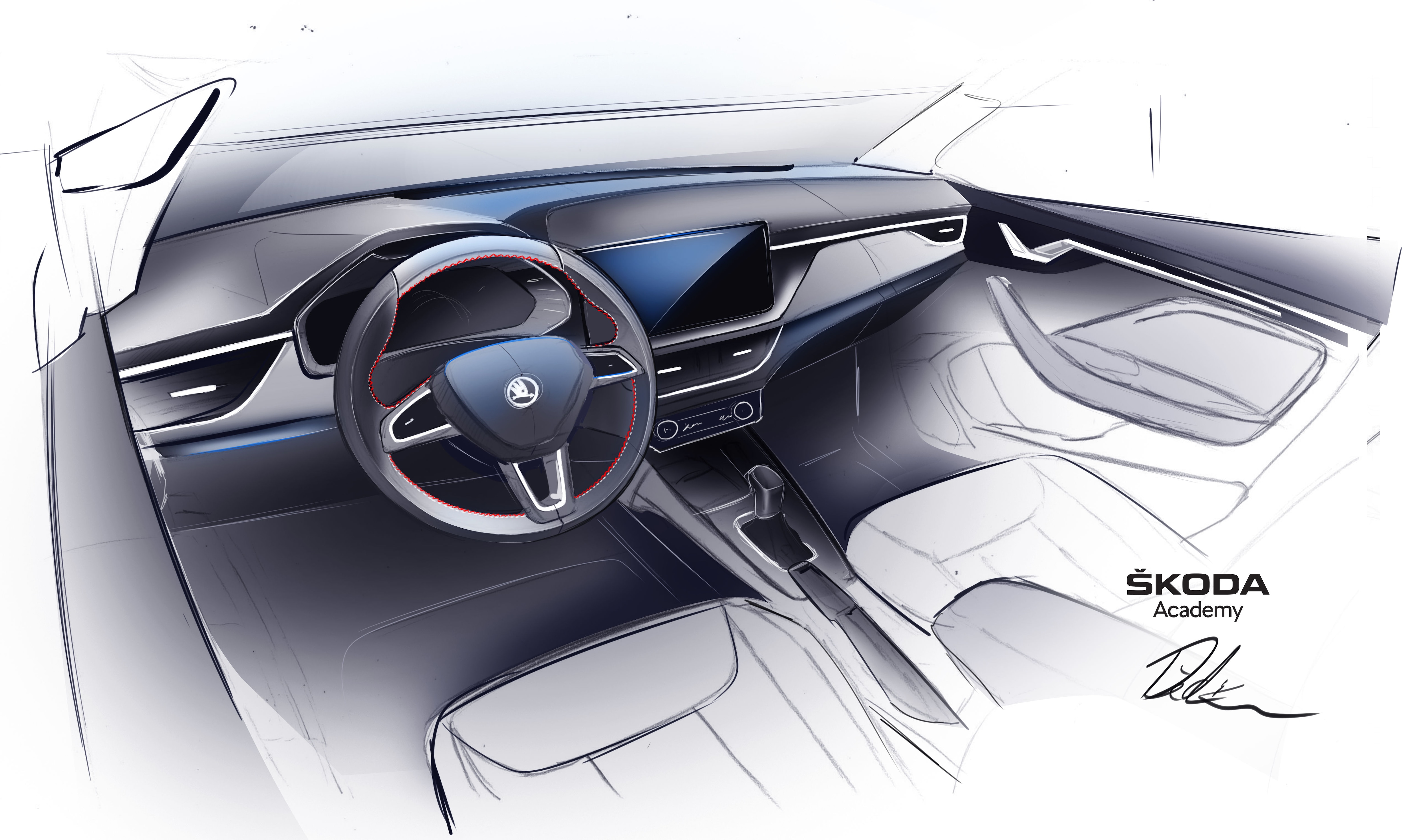 The interior is, to a large extent, adapted from the original model, although it dispenses with the doors and the rear seats. We have the digital cockpit and the large touch screen for the infotainment system , as well as a steering wheel with contrasting red stitching that suggests that the Skoda Scala Monte Carlo, the top-of-the-range variant of the model with a marked sporty character, although without changes at a mechanical level.

“We are all delighted to be part of this project. As a student, where else do you get the chance to put your own ideas and vision into designing a car and then actually build it yourself? Drawing our first sketches was lots of fun, and we learned a lot from Oliver Stefani and his team," says Vojtech Spitalsky.

“From the beginning, all the participants showed great enthusiasm and determination. Their sketches are very impressive, I really like the concept," says Jiri Hadascok, exterior design coordinator at Skoda.

The model is slated to be officially unveiled in June this year and aims to "design a concept vehicle and then build it by hand," according to Skoda. The first edition of this project dates back to 2014 and, since then and uninterruptedly, six different prototypes built and designed by students of the Skoda Academy have been presented .