Skoda has sold 100,000 units of Octavia in India since the car was first launched back in 2001.Fourth-generation Skoda Octavia promises to carry forward the legacy of its predecessors.
By : HT Auto Desk
| Updated on: 06 Apr 2021, 12:31 PM

The new Skoda Octavia is seen here at the company's production facility in Aurangabad.

Skoda Octavia 2021 has hit production lines at the Skoda facility in Aurangabad, the company announced on Tuesday. Octavia 2021 will be officially launched in the Indian car market later this month and is promising to once again take the lead in its segment.

The Octavia was first launched in the Indian market in 2001 as Skoda's debut product. It was a time when sedans were quite popular here and while there has been a growing preference for SUVs here and elsewhere in the world, Octavia has somehow managed to hold its own.

The fourth-generation Octavia, as such, is making bold promises and is hoping to carry forward the legacy of its predecessor. 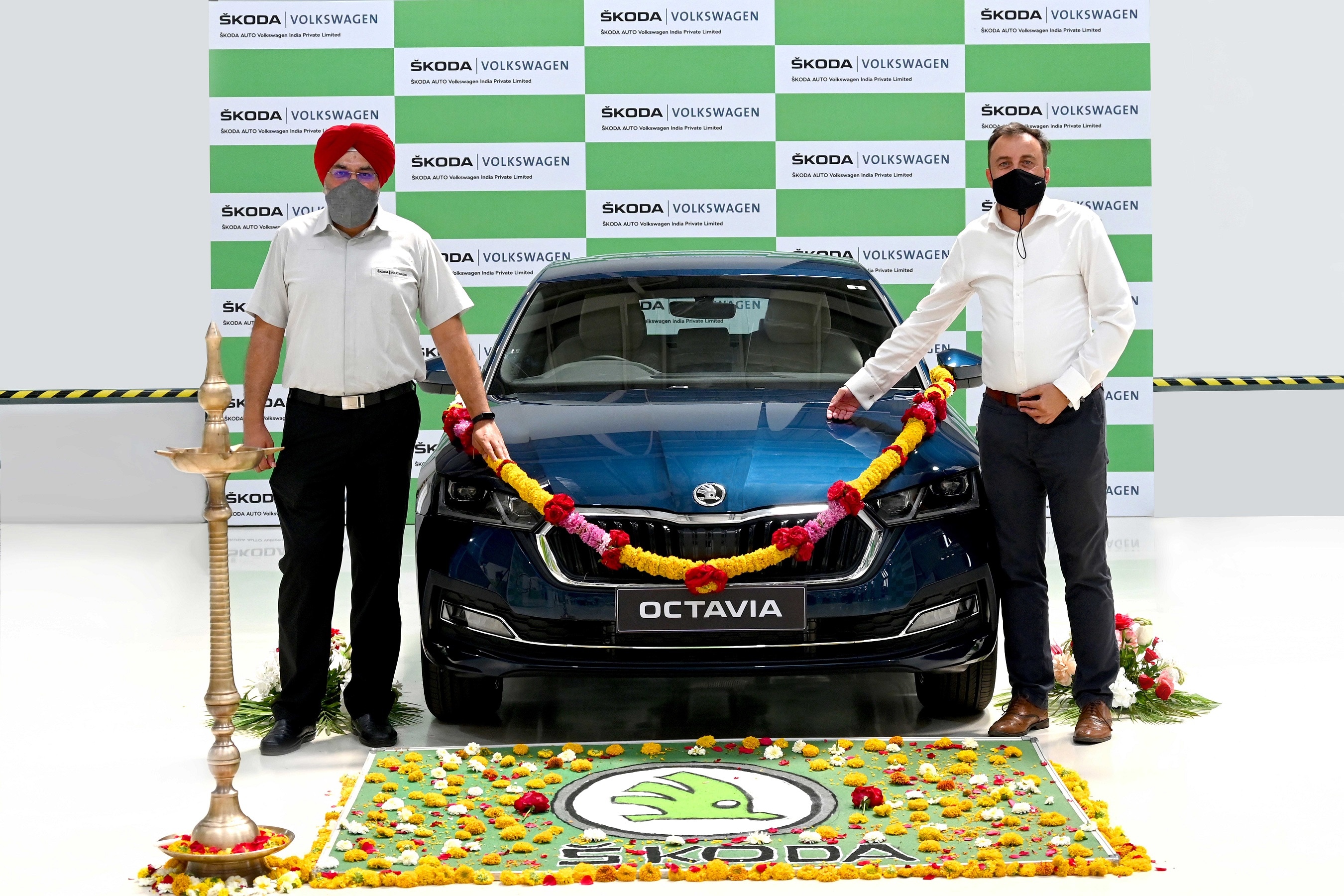 Octavia 2021 is promising to be an even more viable option in the premium sedan segment than before.

The latest Skoda Octavia was first unveiled for the international market towards the end of 2019 and was subsequently introduced in a few global markets as well. Baased on the MQB platform of the Volkswagen group, the car has become longer and wider as compared to the outgoing model.It is 19 mm longer and 15 mm wider than its predecessors, promising more space and comfort for the occupants.

Highlights on the outside of the new-gen Octavia shows that it ditches the outgoing version’s quad headlamp styling to get a more conventional design, more in line with the new Skoda Superb. Inside the cabin, the automaker has completely reworked the layout. It gets a revised dashboard with a horizontally layered appearance featuring digital displays and a twin-spoke multifunction steering wheel. The India-spec model is expected to don a beige and black colour scheme inside the cabin.

The 2021 Skoda Octavia is expected to be available with a 2.0-litre TSI turbocharged petrol engine mated to a 7-speed dual-clutch automatic transmission. The engine is capable of churning out around 190 hp of peak power. The new model will ditch the diesel motor, in line with the automaker’s strategy to focus on the petrol segment in the BS 6 era.

The new Octavia was supposed to launch in the Indian market in late 2020. However, the launch plan got delayed due to the pandemic to the second quarter of 2021. Expect this Honda Civic, Hyundai Elantra, and Toyota Corolla Altis rival sedan to be priced between ₹18-24 lakh (ex-showroom).