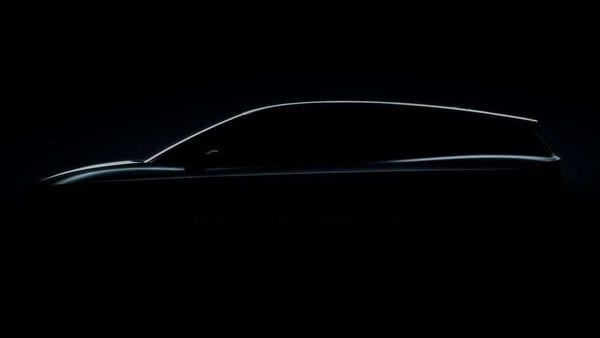 Skoda has announced the date for the global premier of its upcoming all-electric SUV Enyaq. The carmaker said the digital premier will take place on September 1.

Skoda made the announcement along with sharing image of the silhouette of the model that will compete with the Volkswagen ID.3. The silhouette of the new Enyaq iV gives an idea of the proportions of the new electric flagship. A short front section and an elongated roof line create a dynamic exterior while offering a generous amount of interior space.

Images leaked on social media platforms give a clearer idea about how the first Skoda electric SUV will look like. It has the same coupe-like sloping roofline which was also seen in the Vision iV concept. However, some black cladding at the bottom is probably an attempt to hide the Enyaq’s lower bumpers. At the rear, the bumpers are also masked along with the exhaust area and the reflectors.

The dimensions of the new SUV are similar to those of the Kodiaq . The Skoda Enyaq measures 4,685 mm in length, 1,877 mm in width and 1,618 mm in height, so it is much lower than the Kodiaq SUV to the advantage of greater dynamism.

The all-electric SUV will be Skoda’s first series production vehicle based on the modular platform designed for electrification and sourced from the Volkswagen Group (MEB).

Skoda has already announced the specifications of the SUV, with no less than five versions that will comprise a single engine and rear-wheel drive- propulsion- and two electric motors and all-wheel drive, along with three powerful batteries with maximum autonomies of up to 460 kilometres.

Going up in the range we find the Skoda Enyaq iV 80 , with 82 kWh battery that powers a 204 hp electric motor for a maximum range that reaches 500 kilometres. Above these three variants with rear-wheel drive there are two more with all-wheel drive , both with a second electric motor on the front axle in addition to the one on the rear.

Skoda will offer Enyaq SUVs with a charging capacity of up to 125 kW, allowing you to charge the battery from 10 to 80% in about 40 minutes.