The debut of Rolls-Royce's first electric car will take place after it showcased the Vision Next 100 five years ago as a Concept EV. Earlier this year, the carmaker confirmed it is developing an EV called Silent Shadow.
By : HT Auto Desk
| Written By : Sabyasachi Dasgupta
| Updated on: 28 Sep 2021, 09:08 AM 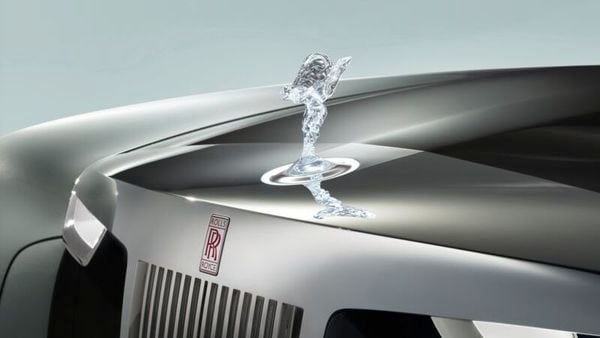 After years of showcasing EV concepts, Rolls Royce Motor Cars is finally all set to make global debut of its first ever electric vehicle on Wednesday. The EV, which will be meant for the ultra-rich clientele of the luxury carmaker, may offer range of up to 500 kms on single charge.

Torsten Muller-Otvos, CEO of Rolls-Royce Motor Cars, confirmed the global unveiling when he shared a post on social networking site LinkedIn late on Monday. He wrote, “I made a public promise, on the record, that we would bring the first fully electric Rolls-Royce to market within the current decade. And, right now, our company is embarking on an historic undertaking to create the first, super-luxury car of its type."

“This will happen sooner than many thought possible, through the incredible skills, expertise, vision and dedication of our engineers, designers and specialists at the Home of Rolls-Royce," Muller-Otvos added.

Rolls-Royce has not shared any details about the upcoming electric car yet. However, going by what the ultra-luxury carmaker has shown as concepts over the years, there are few things that are certain.

Earlier this year, the carmaker confirmed it is developing an EV called Silent Shadow. The carmaker had filed for a trademark at the German patent office earlier in May. The name 'Shadow' has been used by the British luxury carmaker for its models, such as the Rolls-Royce Silver Shadow.

According to reports, there is a prototype of the Phantom powered by lithium-ion batteries at BMW's Munich centre. Tests are also reportedly being carried out to launch an entirely new model. According to reports, the first Rolls-Royce electric car could come with a 100 kWh battery pack and offer a range of at least 500 kms without recharge.

With its first electric car only hours from its global debut, Rolls-Royce is on track to beat Bentley to become the first among the super-luxury brands to launch its first fully-electric model.