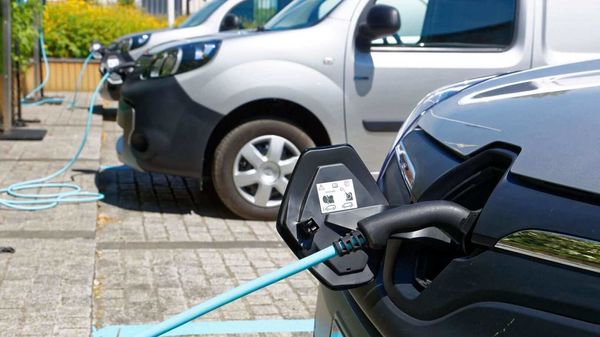 In the first half of 2020, the French manufacturer was the number one e-car provider on the European market with just under 42,000 units.

Renault has sold 300,000 electric cars in Europe since it launched its first electric models almost ten years ago. In the first half of 2020, the French manufacturer was the number one e-car provider on the European market with just under 42,000 units. Renault will continue its electric offensive over the next few years.

Renault has been using electromobility consistently since 2011 and today has a wide range of electric models with the ZOE, Kanji ZE, Twizy and Master ZE models. The constant further development of the offer has secured the brand a leading position in the German and European market for years. To date, Renault has sold over 300,000 electric vehicles across Europe, including over 45,000 in Germany.

The absolute bestseller of the French is the Renault ZOE. In the first half of 2020 alone, ZOE sales in Europe increased by 50 percent to over 37,500 units, making the ZOE once again Europe's best-selling electric car in the first six months of 2020.

(Also read: This French town goes 100 per cent electric with Renault Zoe for all residents)

The ZOE purchase applications also reached a new record in June. In Germany, 1,990 purchase orders were placed with dealers more than ever in a month.

Renault continues its electric offensive in the second half of the year. This also includes the gradual hybridisation of the model range. The Captur Plug-in Hybrid, the Megane Plug-in Hybrid and the Clio Hybrid will celebrate the market launch in the next few weeks. In addition, the new fully electric Twingo ZE will be launched at the end of 2020.

By 2022, the Renault Group plans to expand its range to eight purely electric and twelve electrified models worldwide. The MORPHOZ concept car presented in March gives a glimpse of the next generation of Renault electric vehicles . The modular study increases in length by 40 centimeters at the push of a button. This turns the manoeuvrable city vehicle into a spacious touring limousine, which thanks to additional battery capacity and more luggage space can cover longer distances with ease.