Renault begins exporting Kiger to Nepal, plans to ship to other SAARC countries

Renault Kiger is a compact SUV based on the popular Kwid small hatchback.Renault Kiger gets power from a 1.0-litre turbocharged petrol motor and it comes with three transmission options.
By : HT Auto Desk
| Updated on: 15 Jul 2021, 01:04 PM 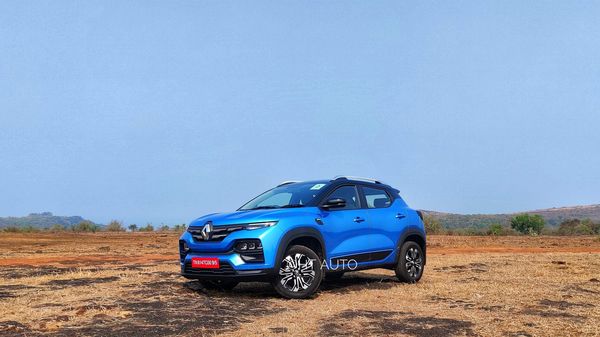 Renault Kiger SUV is the most affordable sub-compact SUV in India.

Renault India on Thursday has announced that it has commenced exports of its sub-four metre compact SUV Kiger to Nepal. The automaker has sent 122 Kiger models to the Himalayan country, where the French auto manufacturer has 15 retail outlets. Also, Renault has said that it plans to expand the export network to other SAARC countries.

The B-segment Renault compact SUV is based on the Renault Kwid. The Kiger has been developed by the automaker's French and Indian engineering teams. The car has been specially developed keeping emerging markets like India in focus, as Renault claimed earlier. It has been produced locally as well.

The Renault Kiger is available in four different trim options - RXE, RXL, RXT and RXZ. It gets a 1.0-litre turbocharged petrol engine as the power source. The engine is available with three different transmission options - a manual gearbox, an Easy-R AMT and an X-Tronic CVT.

Talking about Kiger compact SUV's export commencement to Nepal, Venkatram Mamillapalle, Country CEO & Managing Director, Renault India Operations has said that the car has already established itself as a breakthrough product and has seen tremendous acceptance amongst a wide set of car buyers.

Meanwhile, the French automaker has said that besides focusing on product portfolio expansion, it is also increasing network coverage to reach more customers. The automaker claims that currently, it has more than 500 sales and service touchpoints in India, including over 200 service centres.