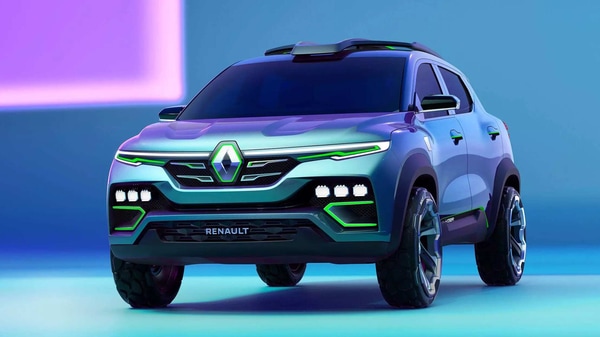 Renault revealed the first glimpse of its upcoming Kiger SUV for India on Wednesday.

Renault is pinning its hope on the upcoming Kiger SUV for a turnaround in the carmaker's fortune in India. The Kiger SUV, developed first for India and to be sold worldwide later, was showcased and christened by Renault on Wednesday.

Renault officially named its upcoming sub-compact SUV as Kiger and is preparing it to enter the lucrative but closely-contested segment which features the likes of Maruti Suzuki Vitara Brezza, Hyundai Venue, Mahindra XUV300, the newly-launched Sonet from Kia and Urban Cruiser from Toyota as well as the upcoming Nissan Magnite.

The Kiger SUV promises to shake up the sub-compact SUV segment a bit further, with one million sales unit to be precise, if Renault manages to achieve the ambitious target it has set for itself.

Fabrice Cambolive, SVP, Chairman of AMI, Pacific Region, Groupe Renault, said, "More than 650,000 Indian customers already enjoy driving a Renault. With Renault Kiger, we want to offer a sub-4 metre SUV different from what you see on the road today. It will help us reach, as soon as possible, 1 million customers in India."

Renault has also introduced a new colour for Kiger SUV that has been specifically developed for the Indian market. The company calls it the Aurora Borealis and the new colour can be seen in all the photos of Kiger SUV's showcar version shared by the company.

Renault says the final production version will be 80% similar to this. It is also confirmed that Kiger will get a brand-new turbo petrol engine and promises a roomy cabin with large cargo area.

Renault currently offers Kwid, Triber and Duster in the Indian market with the first two products enjoying decent levels of success in their respective segments. It is the Kiger though that will carry maximum weight of expectations because of the segment it will compete in once launched.

The sub-compact SUV segment in India has grown by leaps and bounds in recent times with multiple options for prospective buyers and it is this rapidly expanding increase that Renault Kiger is looking at tapping.