Home Auto Cars News One Out Of Four Cars In Europe Will Be Electric In Five Years: Study

One out of four cars in Europe will be electric in five years: Study 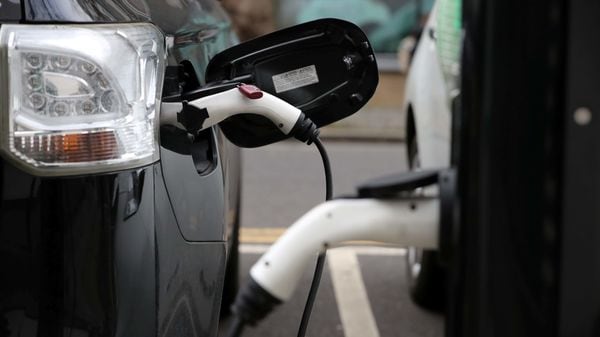 Electric mobility is expected to grow exponentially in Europe in the next five years. A study released by Chemnitz Automotive Institute (CATI) claims that Europe will produce more than two million electric cars by 2025. Half of these cars will be produced in Germany, home to some of the EV pioneers like Volkswagen, BMW and Audi.

E-mobility has already picked up speed in Europe. New registrations of fully electric cars (BEV) will grow by more than 30 percent in Europe in the first half of 2020. This increases the BEV share in this market from 1.9 to 3.9 percent. The EV growth story comes at a time when the industry is witnessing a dip in passenger car sales, a slowdown aggravated by the coronavirus pandemic.

The study, titled 'Electromobility - OEM Strategies - Developments in Europe 2020–2025', shows that in 2019, 276,500 fully electric cars were produced in Europe at 17 locations in eight countries - including six in Germany. According to the study, the BEV production plants are expected to double by 2022 to more than 35 locations in at least eleven European countries and more than quadruple the number of electric cars produced there compared to 2019. The study predicts production of 1.2 million fully electric vehicles in Europe for 2022, and over two million units for 2025.

“We are currently observing a ramp-up in e-mobility, which is still taking place with the handbrake on. However, according to our investigations, this will resolve in the next two years. Manufacturers urgently need the electric boom to meet the targets for CO 2- Meet emission values and avoid fines. However, they also failed to initiate corresponding product developments in good time and to force the provision of production capacities, so that there are currently long delivery times for both fully electric cars and plug-in hybrids, "explained Professor Dr Werner Olle, member of the board of directors of the Chemnitz Automotive Institute CATI.

Germany is developing into a hotspot. In 2019, Germany was the largest European sales market for fully electric cars for the first time, just ahead of significantly smaller markets such as the Netherlands and Norway. In 2020 Germany will overtake France as a BEV production location for the first time. This development, which has only recently begun, will continue to gain momentum until 2025, according to the authors of the study. They have calculated that the annual production of electric cars in Germany will increase almost eightfold from 2019 to 2022 to around 600,000 vehicles and will continue to rise to over 1.1 million BEV by 2025. A good 50 percent of all fully electric cars manufactured in Europe will then be produced at German locations.

Ironically, the most popular electric car in Germany is a French one. Renault Zoe has been consistently clocking more than any other EVs at Europe's Mecca of automobile industry.

According to the study, many carmakers do not see any large-scale production prospects in this decade for fuel cell vehicles in the passenger car sector. Exceptions are Toyota and especially Hyundai. “These developments indicate that the ongoing market uncertainties with regard to future drive technologies are causing automobile manufacturers to increasingly diversify their drive strategies. Politicians should set ambitious milestones derived from overarching goals, but not want to specify technologies for achieving them," emphasised Professor Olle.

Traditional automobile manufacturers have so far largely not been able to open up this market from their own series production. At the end of 2019, fully electric LCVs were manufactured at nine European OEM locations according to CATI evaluations. The OEMs are only now starting to take this segment into account in their e-strategies.