Home Auto Cars News Once Rusty Vw Van From 1950s Gets A Jet Engine, Claims To Blaze At 250 Kmph

Six years for a makeover, the van gets 5,000 horsepower and has a top speed of 482 kmph although it has never reached its top potential due to road regulations.
By : Shubhodeep Chakravarty
| Updated on: 03 Apr 2020, 01:46 PM 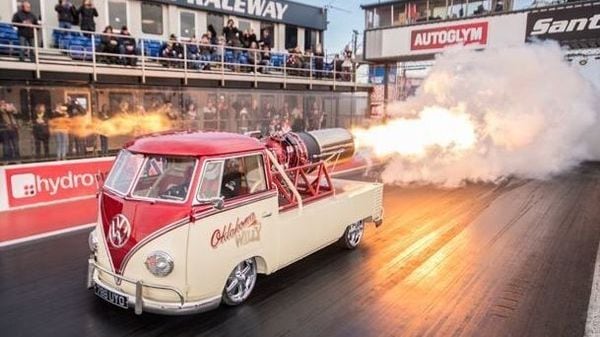 Man's passion for machine knows no bounds and a rusty Volkswagen van from the 1950s coming back to life to potentially put sports cars to shame is testament to it. And the automotive enthusiast responsible for the speed demon claims it is like 'riding on top of a firework.'

UK's Daily Mail recently reported about how 55-year-old Perry Watkins from Buckinghamshire finally put the finishing touches on his dream van after working on it for six years - all to make it a lightening quick machine that could win most drag races.

Watkins began his work on the vehicle while it was just a pick-up truck on an American farm, giving it a menacing makeover which is complete with red and cream hues. The real change - and the challenge of course - was to fit a Rolls Royce Viper 535 fighter jet engine and afterburner inside the vehicle. The engine, first made in 1978, itself required enormous amount of work. Two years to be precise. It was taken apart, polished and then an after burner was added. The after burner took six additional months. 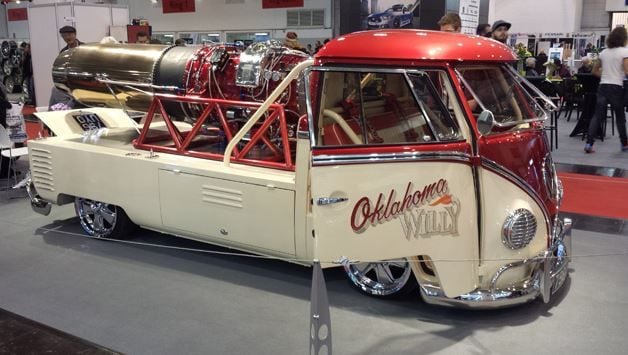 Thereafter, the entire set up was incorporated into the vehicle and to perfect everything took Watkins six years. He says the idea for the project struck him during a chat with friends at a local pub and that the final result is well worth it.

With 5,000 horses powering Watkins' machine, the van now has a top speed of a staggering 300 miles per hour (482 kmph) but tests in real-world condition have limited the max speed to 157 miles per hour (250 kmph). And unlike its capabilities, Watkins has named it a rather gentle-sounding Oklahoma Willy. And the most incredible part of it all? It is actually street legal.