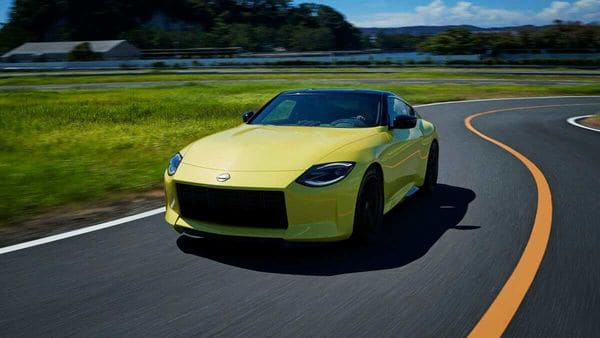 As the name suggests, the Z Proto is a prototype but does offer a good glimpse into what one can expect from the production version.

Nissan on Wednesday revealed its much-talked about Z Proto which gives a glimpse into what the successor of the 370Z would be like once it does hit the production lines. While 'Proto' is short for prototype and this may mean that the car showcased may not be exactly the same as the one hitting markets, it still offers a scrumptious glimpse into its retro styling cues and the mechanicals at play.

The Z Proto is a preview for the upcoming Z35-generation 400Z and benefits from a straight yet stylish exterior profile with eye-shaped LED headlights, squar-ish grille and an elongated hood. The car is around five inches longer than the 370Z and while it does appear retro, Nissan head of design Alfonso Albaisa says that the Z Proto seeks more to pay homage to its predecessor(s). 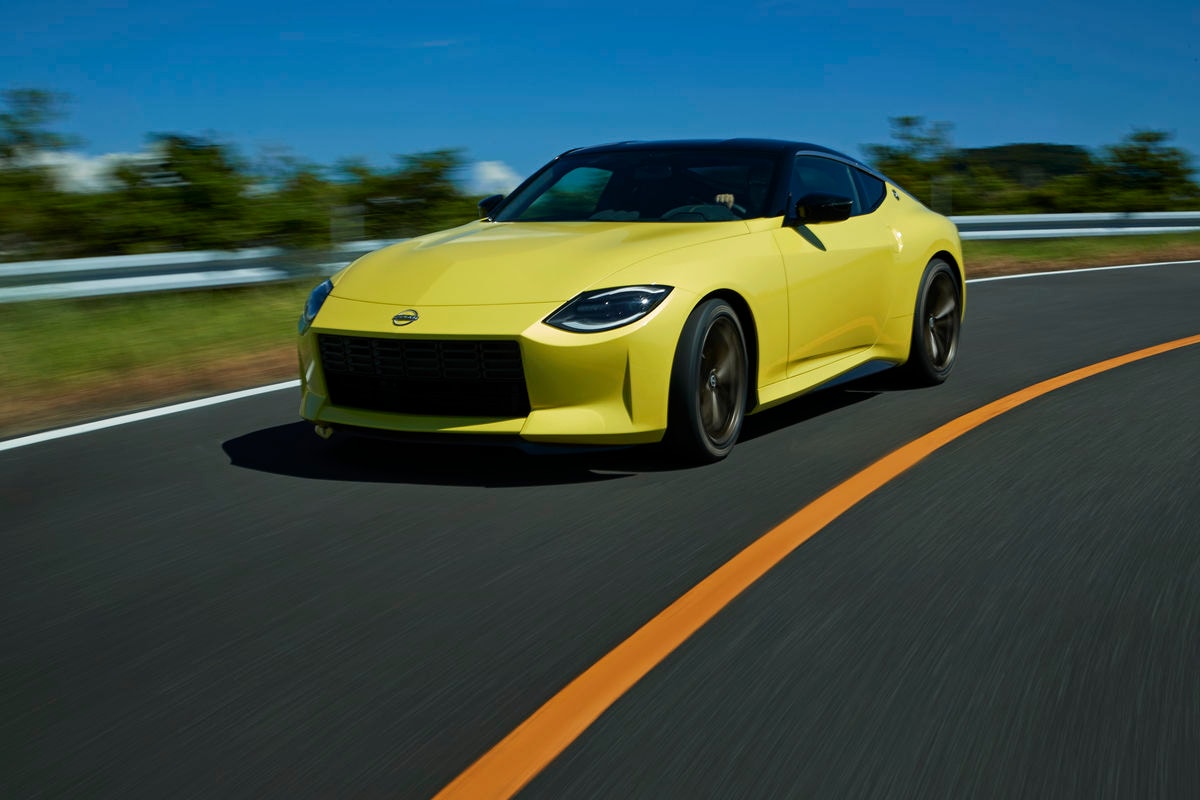 The emphasis is on giving the Nissan Z Proto a sporty and purposeful design language that pays homage to its predecessors.

There is nothing retro though about the carbon fiber elements at play all around the exteriors while the car sits on lightweight 19-inch alloys and the rear profile is dominated by two exhaust tips for that sporty appeal.

Step inside the Z Proto and be welcomed by a cabin that is every bit as modern as it can get. Multiple screens for a wide variety of controls, a three-spoke steering wheel with control buttons, seats of Alcantara and leather and with yellow stitching all come together to give the car a contemporary appeal. It may still be a two-seater but the occupants can expect a whole lot of gadgetry with a 12.3-inch instrument cluster and a nine-inch infotainment screen topping the list. 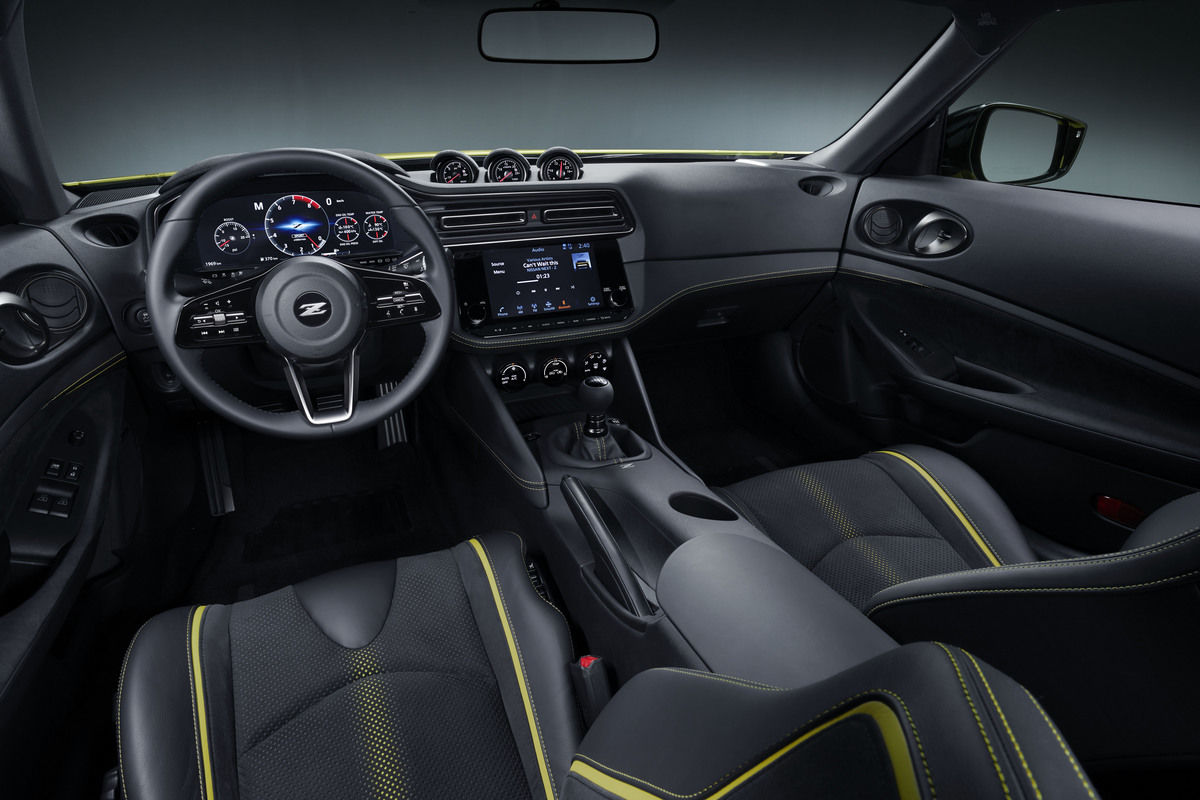 The cabin of Nissan Z Proto

What matters the most though is what's under the hood and the Z Proto doesn't disappoint. A twin-turbo 3.0-liter V-6 powers the vehicle and is mated to a six-speed manual which comes as standard. The production version may also get a seven-speed torque converter.

Unfortunately, there are some cards Nissan is still keeping close to its chest and the performance capabilities and figures of the Z Proto, therefore, have not yet been revealed.