In Japan, the Note, which uses a platform designed with French alliance partner Renault SA, will compete With Toyota's Yaris and Honda's Fit.
By :
| Updated on: 24 Nov 2020, 10:13 AM 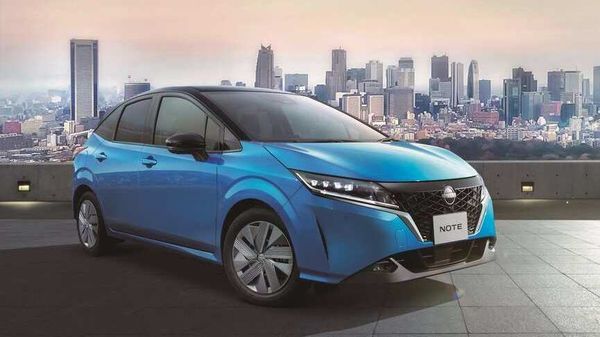 The Note's first full model change in eight years is part of a plan by the carmaker to revamp an aging vehicle line up and return to profitability as it pulls back from the expansion pursued by former Chairman Carlos Ghosn to focus on sales in Japan, China and the United States.

The Note will feature "e-Power" hybrid technology, which uses a gasoline engine to charge a battery that powers the vehicle. New autonomous drive functions will help drivers slow down on curves using data from the car's navigation system.

Nissan, which expects to post a record operating loss of 340 billion yen ($3.25 billion) in the year to March 31, is cutting production capacity and model numbers by a fifth and aims to slash operating expenses by 300 billion yen over three years.

At the same time, it has promised to launch a slew of vehicles in Japan, China and the United States, including new electric vehicles to lure increasingly environment-conscious drivers.

In Japan, the Note, which uses a platform designed with French alliance partner Renault SA, will compete With Toyota's Yaris and Honda's Fit. A Nissan spokeswoman said the automaker has not made any decision on selling the redesigned vehicle in other markets.