Nissan Magnite is gunning for glory in the lucrative sub-compact SUV segment and is a high priority product for the company.Magnite will take on the likes of Venue, Brezza, Sonet, Urban Cruiser and XUV300 in the Indian market, once launched.
By : HT Auto Desk
| Updated on: 22 Oct 2020, 09:11 AM 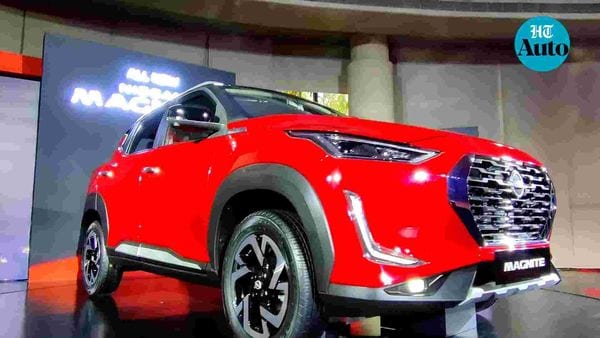 Nissan Magnite is gearing up to enter the highly competitive sub-compact SUV segment in India which has both well-entrenched players like Hyundai Verna, Mahindra XUV300 and Maruti Suzuki Vitara Brezza as well as newer challengers like Kia Sonet and Toyota Urban Cruiser. The path ahead may not be easy but Magnite - being seen as a make-or-break product for the Japanese car maker by many - has sounded the clarion call. And one key factors that determines the fate and possible success of a vehicle in this segment is the feature list on offer.

As such, Nissan Magnite does not want to be left wanting when it comes to features available on board and while an optional Tech Pack will be offered at the time of the launch of the car - it will include ambient lighting, wireless phone charging and air purifier, there are several first-in-class highlights that the company is trying to put the spotlight on.

Here are four first-in-class features that Magnite will offer to prospective customers:

Four-coat flare garnet Red colour: The images used in this report showcases what could be the most popular colour of choice. While the Red hue does give the car a sporty appeal, Nissan says that it is a special coat that hasn't been made use of by any of Magnite's rival. What's special? The shade of red changes slightly in varying light conditions and throws back slightly different layers at different levels. 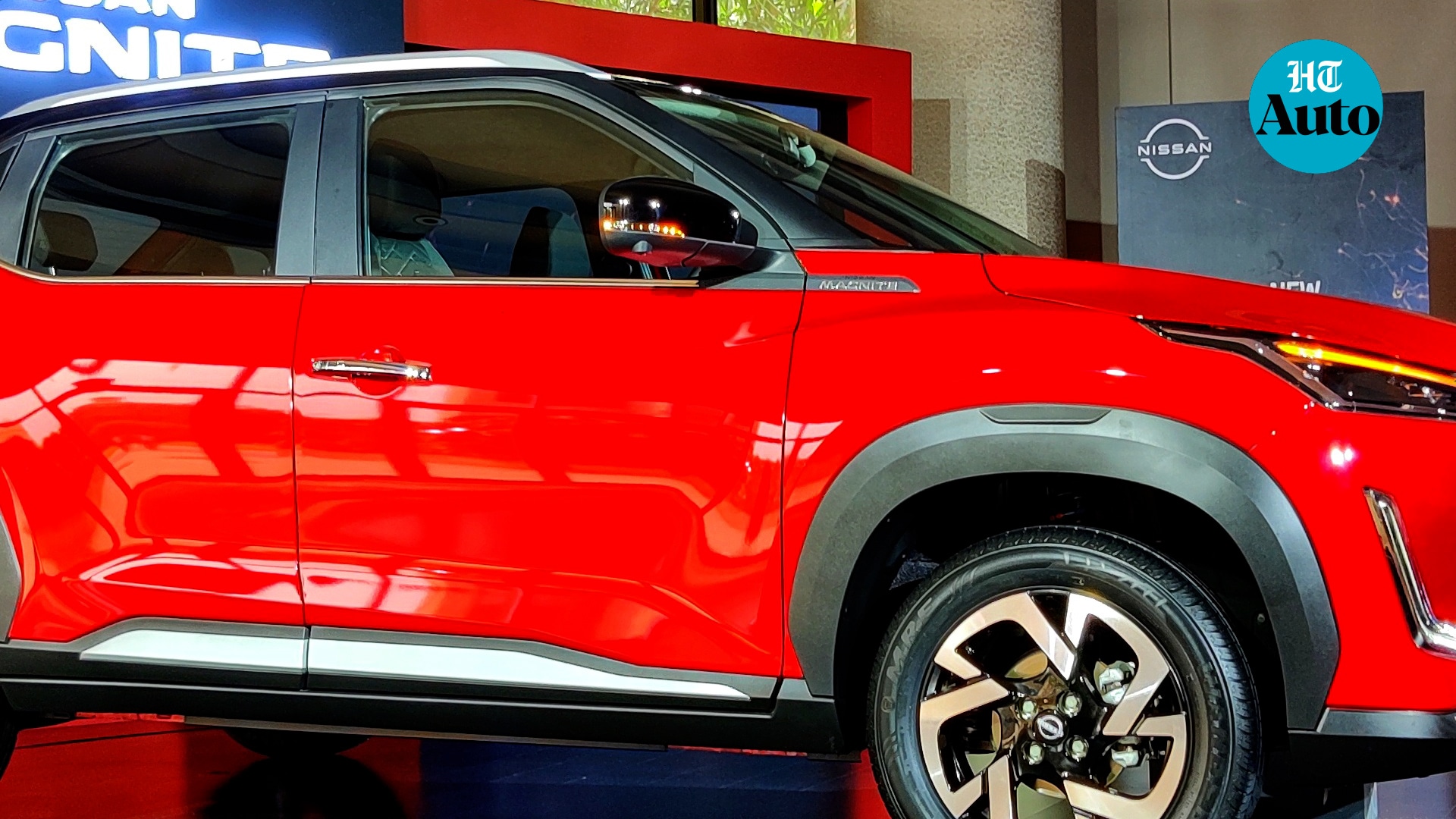 Around View Monitor: Nissan is promising a host of safety and convenience features on the Magnite and primary among these is an Around View Monitor. The car's infotainment screen will allow the driver to toggle between rear view, bird's eye view, front camera and a camera on the ride side of the car. This last camera mentioned will seek to help drivers in parallel parking scenarios. Magnite gets a side camera for ease in parallel parking situations. (HT Auto/Sabyasachi Dasgupta)

TFT cluster: Nissan claims that Magnite's seven-inch TFT instrument cluster with Tyre Pressure Monitoring System (TPMS) is the first in its class. It also gets a welcome animation when the car is started. 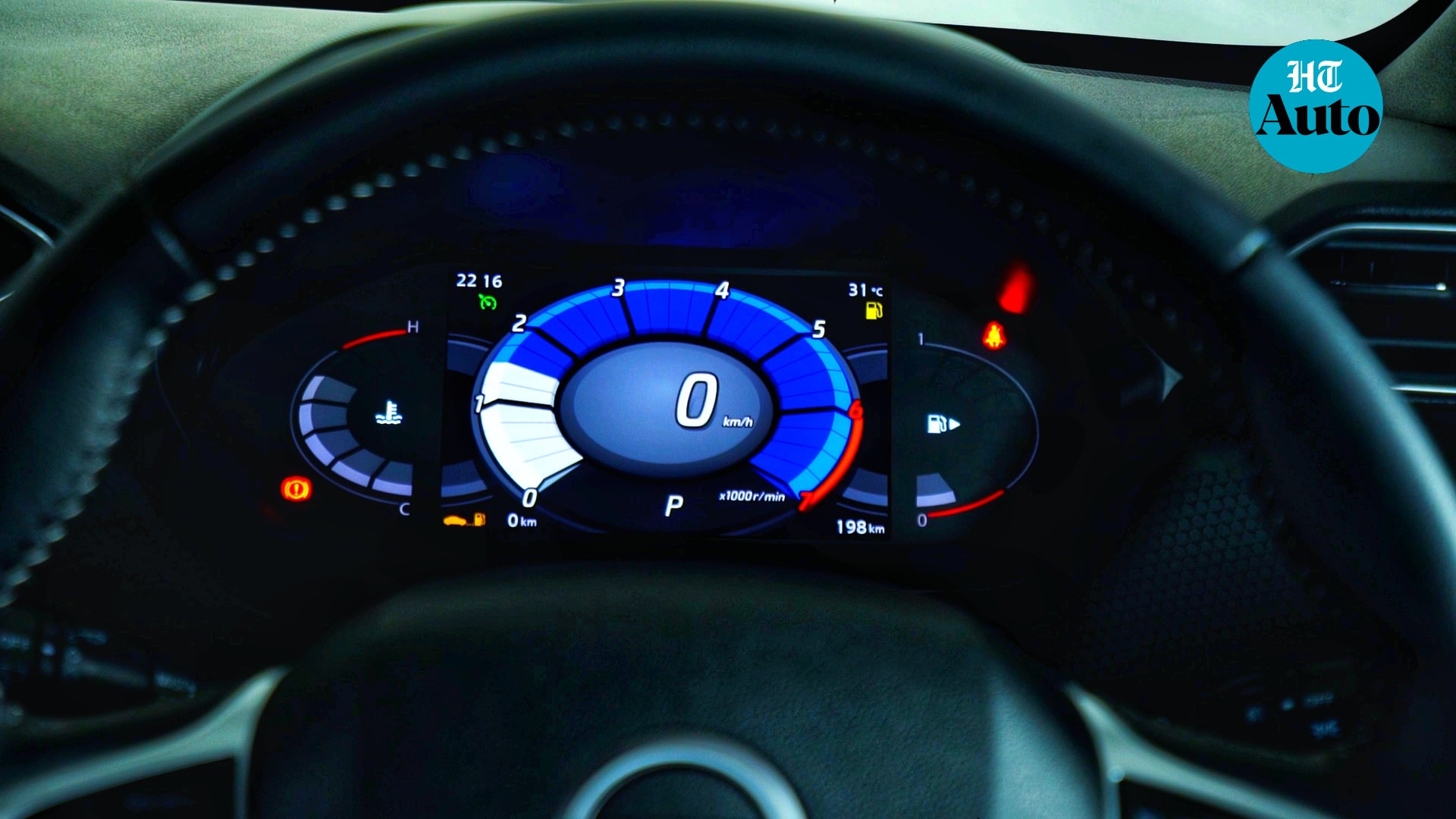 Dedicated mobile storage space for rear passengers: While this may not seem like a starry highlight, Nissan is attempting to show it has given attention to smaller details and has equipped the central armrest in the rear seat with a dedicated slot to safely store mobile phones.

Magnite appears confident to take on the roll of an acclaimed all-rounder, at least on paper, and Nissan is almost certainly expected to have an extremely compelling price structure to woo prospective buyers and take the segment by storm.