Nissan previously said that Ariya electric car was scheduled to go on sale in mid-2021.Nissan is counting on the 12 new models it plans to release in the 18 months through November to boost sales.
By : Bloomberg
| Updated on: 04 Jun 2021, 03:58 PM 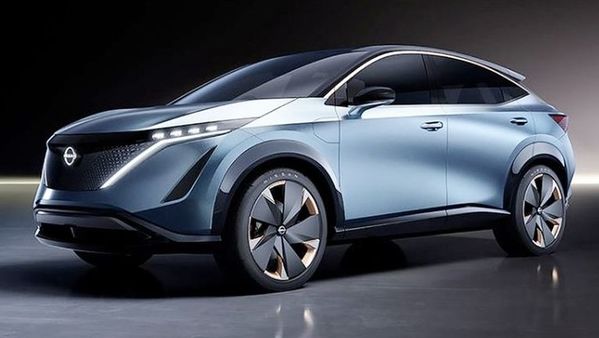 Nissan expects the chip shortage to impact about 500,000 units of its output this fiscal year.

Nissan Motor Co. is pushing back the release of its flagship Ariya electric vehicle, highlighting the struggle automakers everywhere are facing in trying to launch new cars amid a persisting shortage of semiconductors.

When the Ariya SUV was first unveiled in July last year, Nissan said it was scheduled to go on sale in mid-2021. On Friday, the company said a limited-edition model will be available in Japan “this winter" followed by a wider domestic and global roll-out.

“One year ago, we made our announcement we were targeting the middle of this year, but after that, Covid-19 has lingered longer than we expected and there is the issue of semiconductor shortages," Nissan Executive Vice President Asako Hoshino said during a briefing.

The struggle to roll out new models amid a global shortage of automotive chips is one that automakers worldwide are facing. But the need for a smooth roll-out of the Ariya is particularly acute for Nissan. Analysts have highlighted the model as key to the Japanese car company’s performance going forward, and Nissan itself touts the model as its flagship vehicle, embodying its decades-long reputation for churning out high-tech autos.

Nissan is counting on the 12 new models it plans to release in the 18 months through November to boost sales. So far, models like the Nissan Rogue have been well-received in markets such as the U.S., and Nissan Chief Operating Officer Ashwani Gupta said an improvement in the company’s quality of sales with the new models helped trim losses for the recently ended fiscal 2020 year.

But Nissan’s new car offensive is coming as the chip shortage makes it harder to make vehicles with high-tech features. Automotive electronics, which include everything from displays to in-car systems, accounted for 40% of a car’s manufacturing cost in 2020, compared to 18% two decades prior, data from Deloitte show.

Nissan’s Ariya is no exception. The car comes with tech features including Nissan’s ProPilot 2.0 autonomous driving technology, a self-parking feature and Amazon.com Inc.’s voice-based digital assistant Alexa. The winter launch was decided due to the fact that the Ariya “is filled with innovative technologies that need to be checked thoroughly, one by one," Hoshino said.

Nissan expects the chip shortage to impact about 500,000 units of its output this fiscal year. It’s shifting up its cars’ features and prioritizing production of its most popular models though, and aims to recover around 50% of its lost output in the latter half of the year.

The company is expecting unit sales in the tens of thousands for the Ariya’s debut year, Hoshino said, with Europe in particular likely to contribute to sales volumes. “In some countries it’s said Nissan has no face," Hoshino said. “Nissan is a technology company and with the Ariya we hope to embody that."