More than 170,000 units of Toyota Fortuner have been sold in the country overall.The 2021 Fortuner was launched in two variants and seven trims.Fotuner Legender is a sportier looking version of the SUV.
By : HT Auto Desk
| Updated on: 04 Feb 2021, 16:22 PM 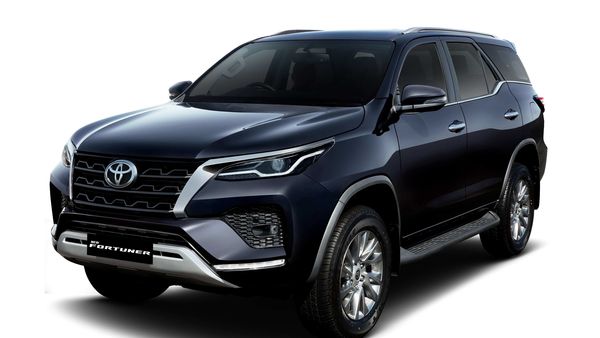 There are several updates on the body and in the cabin of the new Toyota Fortuner.

Toyota Kirloskar Motor on Thursday announced it had received 5,000 bookings for the new Fortuner and Fortuner Legender SUVs which were launched in the Indian market on January 6. Fortuner has been a segment leader and the updated models have built on the success that Toyota enjoys in the large SUV segment.

Fortuner has a 53% market share in its segment and Toyota drove in the updated versions as part of its plans to further build on the SUV's success. The car maker states that deliveries of both models of Fortuner have commenced to dealer partners across the country. "Both the SUVs were created purely based on customer feedback thus helping us garner a good response," said Naveen Soni, Senior Vice President, TKM. "The sheer number of enquiries and bookings for both the Fortuner and Legender reiterate our belief in the customer-first approach."

The Legender looks sportier than the regular Fortuner because of a body kit that it receives over the standard iteration. It makes use of a dual-tone colour pattern, sharper headlamp DRLs, different bumpers and a few more cosmetic updates. It also receives larger 20-inch dual-tone alloy wheels for a bolder look and presence.

The regular Fortuner too has received cosmetic updates in its 2021 version and on the inside, gets a tweaked instrument cluster and a new touchscreen infotainment system supporting Apple CarPlay and Android Auto connectivity. The other highlights here are a 360-degree camera, air purifier and wireless charging, among a host of new features. Moreover, there is also a new color scheme for leather upholstery.