New BMW i3 is a pure electric 3-Series sedan, will challenge Mercedes-Benz EQE 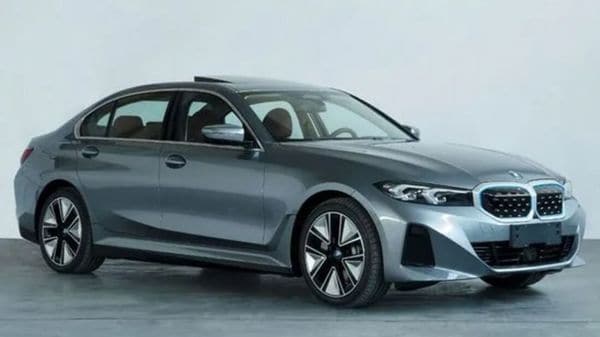 The 2022 BMW i3 will come with a stylish appearance. (Image: TracedNews)

German luxury car brand BMW is working on a new electric sedan, dubbed as BMW i3. Despite wearing the same badge as BMW's first-generation all-electric hatchback, this new model will come as an all-electric version of the BMW 3-Series sedan. The pure electric sedan is likely to be showcased at the Beijing Auto Show in April 2022.

(Also Read: BMW iX gets five-star rating in Euro NCAP, to launch in India next week)

A report by Carscoops claims the car has been revealed to Chinese authorities. The 2022 BMW i3 doesn't share anything with the electric hatchback that gets the same nomenclature. The new i3 comes bearing the same sharp LED headlamps as the standard BMW 3-Series. Also, the enclosed grille with blue accents indicates its zero-emission character.

The interior of the car is yet to be revealed. However, expect it to come as luxurious as the BMW 3-Series sedan. Speaking about its electric powertrain, the 2022 BMW i3 is capable of running at a top speed of 180 kmph. Also, the listing with Chinese authorities reveals that the electric motor on board this car is capable of churning out 340 PS of power output. This is the same power output as BMW i4 eDrive40 that comes with a single electric motor mounted to the rear axle.

The battery pack details of the 2022 BMW i3 are not disclosed yet. Expect it to come with an 83.9 kWh lithium-ion battery pack. The car is likely to come with an estimated range of up to 483 km. The upcoming BMW i3 is expected to compete with rivals such as Mercedes-Benz EQE, once it launches.