The 2020 Bentayga will be the company's first car to be launched under Bentley’s new Beyond100 business strategy.The company has already produced more than 20,000 units of the first generation model till date.
By : Prashant Singh
| Updated on: 23 Jun 2020, 09:23 PM 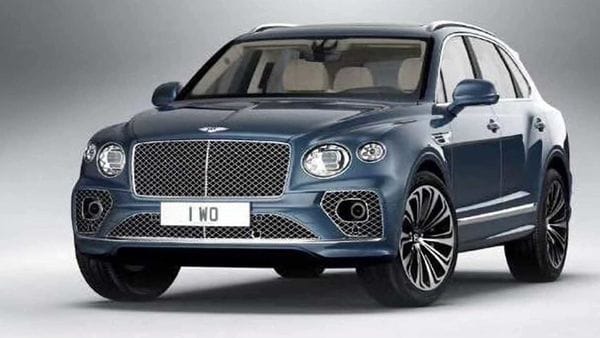 Bentley on Tuesday announced that the launch of its new Bentayga SUV will take place on June 30, an image of which was leaked a few days back. The 2021 Bentayga will be the company's first car to be launched under Bentley’s new Beyond100 business strategy.

As per Bentley, "Beyond100 is a journey that will see the company become the world leader in sustainable luxury mobility."

The launch of the new Bentayga was earlier slated to take place at the Beijing Motor Show, however, the unprecedented situation created due to the coronavirus outbreak delayed the launch indefinitely.

The Bentayga was first officially introduced back in 2016. It offered customers 'Grand Touring experience unrestricted by landscape or conditions'. The company has already produced more than 20,000 units of the first generation model till date, Bentley said in a press release sent on Tuesday.

Mechanically, the SUV will continue forward with the same W12 and V8 powertrains. The flagship W12 engine may be updated for more efficiency.

Currently, the twin-turbocharged 6.0-litre W12 engine is capable of producing 600 PS of power and 900 Nm of torque. In this configuration, the SUV can hit zero to 100 kmph in just 4.1 seconds and can do a top speed of 301 kmph.

(Also Read: Bentley celebrates a big milestone by rolling out the 20,000th Bentayga SUV from the British carmaker's plant in Crewe)

The smaller V8 Bentayga, currently delivers 542 PS of power and 770 Nm of torque. This configuration pushes the SUV to a top speed of 290 kmph. This is relatively 0.4 seconds late in the zero to 100 kmph sprint at 4.5 seconds.