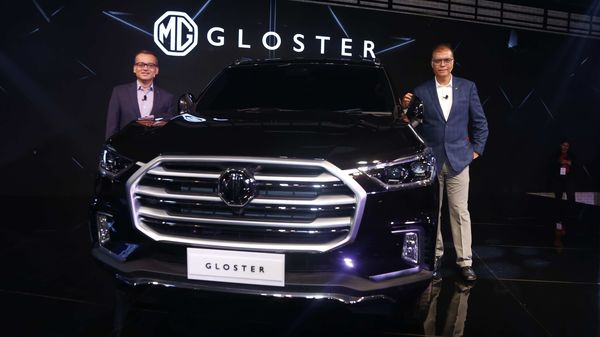 MG Motor India is gearing up to launch its next big product the Gloster SUV soon. The Chinese-owned British marque has now put out a new teaser video (below) of the SUV which is all-set to rival the established ladder-frame players such as Toyota Fortuner and Ford Endeavour.

The MG Gloster SUV was displayed in India at the Auto Expo 2020. The SUV was also spotted undergoing testing a number of times in the past. It has also been listed officially on the company's website.

The Gloster will make its debut with a number of segment defining features including ambient lighting with 64 colours, a 12.3-inch infotainment system which will be segment first, ADAS or advanced driver assist system, lane departure warning, collision avoidance system and also Auto Park Assist.

The MG Gloster has been sold as the Maxus D90 SUV in the Chinese market. It is going to be MG's fourth car in India after Hector, ZS EV, and Hector Plus.

It is going to feature a 2.0-litre turbocharged petrol engine which delivers 220 PS of maximum power and 360 Nm of peak torque. The transmission options will include either a 6-speed manual or a 6-speed automatic gearbox. Apart from this, the SUV may also come with a 2.0-litre turbo diesel unit that generates 212 PS of power and 480 Nm of torque.

Both the versions are expected to come to India and 4x4 option will also be included as optional, while the 4x2 will be standard. Expect it to be priced in the range of ₹30 to ₹35 lakh (ex-showroom).