McLaren isn't interested in making SUVs just yet. Here's why 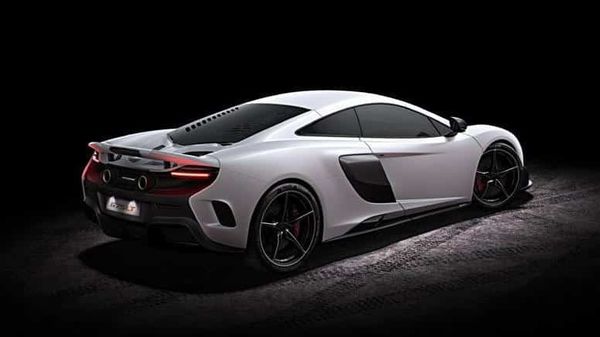 At a time when many traditional sports and performance car makers have opted to roll out SUVs in what is a breakaway from traditions, McLaren is in no rush to go big to go strong. In fact, there are no plans or prospects of a McLaren SUV at all because the car maker is determined to do what it does best - make awe-inspiring supercars.

In an interview to a magazine recently, McLaren CEO Mike Flewitt admitted he is often asked about if and when his company will roll out a Sports Utility Vehicle. "We have stayed true to the concept of making supercars. That’s a question I get in some markets: ‘Are you guys going to do an SUV?’, or ‘Are you guys going to do an EV?’ The answer is no, we’re not," he said. "The answer ‘no’ is an entirely rational one. Our brand is completely grounded in motorsport, supercars, and drivers’ cars. It is way too early to be stretching the brand into other areas and trying to give brand credibility to a product that clearly has nothing to do with our history."

How then does McLaren look at keeping pace with an evolving global automotive sector? Why, hybrids of course.

Flewitt says that the focus also is on hybrid cars in the times to come and it may be sooner than what most may think. "After 2022-23 I can’t see us launching any non-hybrid cars," he said. "I’m honest enough to say we only hybridize cars to meet environmental legislation to stay compliant."

And while hybrid and EVs may be the way forward indeed, many rivals of McLaren have already either confirmed or are reportedly working on bringing the technology to bigger cars not made by them so far. Take the case of Ferrari, for example. Vehemently against making SUVs, the company is now working on Purosangue. Lamborghini already has the Urus SUV in several markets, including India. And while these cars are not either hybrid or electric - not yet anyway, these do emphasize a solid shift from the low-slung sports and performance cars that have traditionally defined these car makers.