Auto Expo 2020 could be the perfect launchpad for a number of companies, including Maruti Suzuki, to showcase their electric offerings and plans.
By : HT Auto Desk
| Updated on: 11 Dec 2019, 11:41 AM 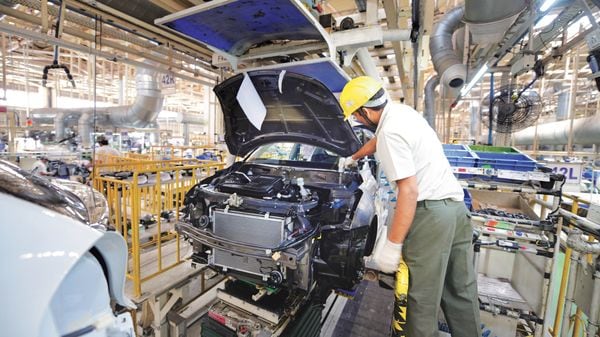 Maruti Suzuki appears determined to not lag in the field of electric mobility in India and is reportedly gearing up to showcase an electric SUV concept at the Auto Expo 2020 to be held in February in Greater Noida.

A number of car makers in India - new and the veterans - have either brought in electric offerings here or are in the fast lane of charging up and expanding their product portfolio. Notably, Hyundai launched the Kona earlier in 2019 and the car is priced at around ₹23 lakh (ex showroom). More recently, MG Motor unveiled the ZS EV earlier in December with the promise of not just a cleaner, more cost-effective drive but a supporting infrastructure that can add to the experience of owning an electric vehicle. Others like Tata Motors and Mahindra already have products and/or are bringing new electric options.

As such, Maruti Suzuki has not officially taken any step towards electric mobility although the country's largest car maker is prepping an electric version of the WagonR which may be launched late 2020. There are also reports that the WagonR electric may be followed up with an electric Ertiga.

Now, multiple reports have suggested that Maruti Suzuki will put on display an electric SUV concept at the Auto Expo which could be a way that the company shows it is ready to take the electric game by its horns.

Speculations are rife ranging from guesses about whether this concept electric SUV will be based on S-Presso or will be an hitherto unseen car platform.

Electric, however, is not the only focus area for Maruti Suzuki as it is also readying the petrol version of the immensely popular compact SUV Vitara Brezza. With a head start on converting most of its products to meet BS 6 norms, the company appears to have clearly defined the path ahead.