Maruti Suzuki sells 1.2 lakh Dzire between April and November of 2019

Maruti Suzuki has sold 2 million units of Dzire since the car was first launched.The third generation of Maruti Suzuki Dzire - launched in May of 2017 - further bolstered sales.
By : HT Auto Desk
| Updated on: 24 Dec 2019, 01:12 PM 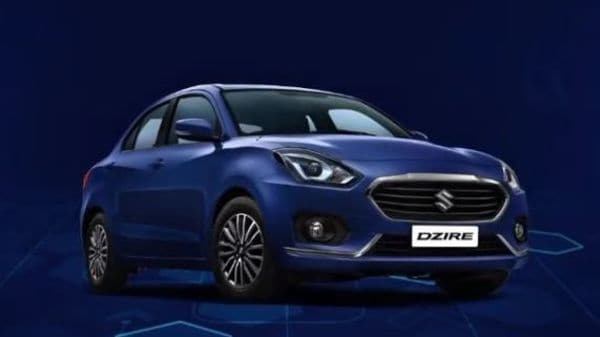 Despite the gloom over the Indian auto industry at large, there has been no stopping the Dzire from Maruti Suzuki. The country's largest car maker on Tuesday announced that it had sold 1.2 lakh units of the compact sedan between April and November of 2019, helping the Dzire further consolidate its segment-topping status despite some worthy competition here.

Dzire has been a massive success story for Maruti Suzuki for over 10 years and the third generation of the car - launched in May of 2017 - acted like a catalyst in further ramping up numbers. In fact, the car recently crossed the two million overall sales figure as well.

Maruti Suzuki says that more than half of all customers who bring home a Dzire are first-time car buyers which goes to show the trust they have in the vehicle. "Over years, Dzire has created a niche for itself among compact sedans," said Shashank Srivastava, Executive Director (Sales and Marketing) at Maruti Suzuki India Limited. "Dzire was conceptualised keeping in mind the customer demands," he said, adding that 70% of Dzire buyers are pre-determined buyers who are looking to upgrade to a 'sedan lifestyle.'

There are a number of factors that have helped Dzire wear the crown of being one of India's best-selling cars. In its most recent upgrade, the car's exterior profile was enhanced by quite an extent, several safety features were added while comfort and technological upgrades made it extremely contemporary - all at a rather affordable price point. That the Dzire is frugal when it comes to gulping petrol or diesel, backed by the option of AGS option and a robust after sales service has further made it a lucrative package.

In recent times, there has been some stiff competition from the Honda Amaze which too found many takers after its most recent facelift and upgrade. Dzire, however, has largely managed to keep its territory intact. The impending launch of Hyundai Aura, however, may add a twist to this segment.