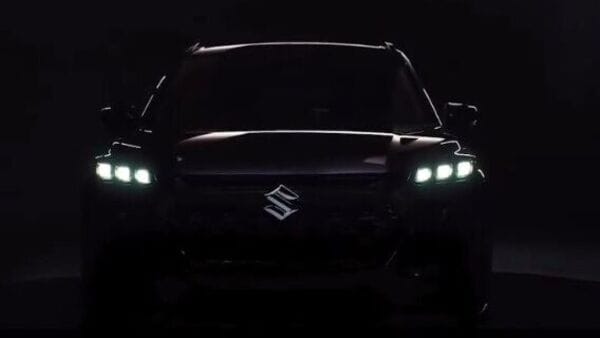 Maruti Suzuki is gearing up for the introduction of its new Grand Vitara compact SUV in the Indian market. The car is slated for a global debut in India on July 20th. It will take the fight against the rivals such as the Hyundai Creta and Kia Seltos, and will also be placed in the same segment as a compact SUV. Now the Alto-maker has rolled out the latest teaser ahead of the global debut to further amp up the hype around its new model. The company has also teased the tri-element LED DRLs placed upfront, which as per Maruti, gives the car a very distinctive look.

The new Grand Vitara will come out to be a technical twin to the Toyota Urban Cruiser Hyryder which broke cover earlier this month. Apart from the exterior looks and design, the rest of the details are likely to remain the same. Now since Maruti has shared the front look of the Grand Vitara which parts ways with the Hyryder, expect more notable aesthetic differences on both the SUVs, apart from the front LEDs and headlamp design.

The trio cluster of the LEDs on the new Grand Vitara reminds of the same set seen on the new generation Baleno which was launched earlier this year. Moreover, the company has also shown a glimpse of the front grille of the Grand Vitara which appears to be quite sophisticated. There is a chrome strip running across the grille with the Suzuki logo embossed at the centre. The design of the grille is also something new to be seen on Maruti cars.

The Official pre-bookings for the new Grand Vitara have already commenced at a token amount of ₹11,000, while the pricing is likely to be out later in August.