Maruti Suzuki is betting big on hybrid technology to find larger acceptance and the fate of the Grand Vitara will decide if the technology finds its way to other models as well.
By : Shubhodeep Chakravarty
| Updated on: 10 Aug 2022, 10:16 AM

Maruti Suzuki Grand Vitara is the flagship model from the company and will be sold through its NEXA dealership network.

The automotive sector is at a crossroad with multiple ways presenting a chance to move forward into the future. Here in India, the passenger vehicle segment may still be overwhelmingly dominated by models with internal combustion engines (ICE) but a change is definitely afoot with newer technologies entering the mass-market segment. And when it comes to the mass-market segment, Maruti Suzuki remains a formidable leader, one that now wants to stamp its presence in the mid-size SUV space. Here, the recently-unveiled Grand Vitara is making some very big promises but the biggest of them all is the debut of a strong hybrid powertrain.

Maruti Suzuki has received over 33,000 bookings for the Grand Vitara mid-size SUV that, once launched, will take on a long list of rivals like Hyundai Creta, Kia Seltos, Tata Harrier, MG Hector as well as its technical cousin from Toyota - Urban Cruiser Hyryder. And while the country's largest car maker may have come late to the party, it is now looking at leaving an indomitable mark. “We have got about 33,000 booking numbers for the Grand Vitara and almost 46 per cent to 47 per cent is for the strong hybrid, and this is well spread across the country," Shashank Srivastava, Senior Executive Director for Marketing and Sales at Maruti Suzuki, told HT Auto during a recent interaction. “The maximum bookings are from Delhi, then Hyderabad, Pune, Mumbai and Bengaluru."

Srivastava believes that since hybrid technology does not require charging infrastructure, the spread in demand to other parts can be quicker when compared to electric vehicle (EV) adoption.

Hybrid vehicles a bridge to the future

While a few passenger vehicle manufactures have already taken a dive into the world of fully battery-powered vehicles, Maruti Suzuki has been in no rush. Srivastava doesn't deny that BEVs (battery electric vehicles) may be inevitable in the future but cautions that it would take time. “Ultimately, driven by environmental concerns and and the strong legislative actions that we are seeing on the emission front in the auto industry across the world, we do believe that EVs sort of will be the resting point. However, the time period and how quickly it will the adoption of EVs happen that is still an issue," he said, pointing to the need to extensively ramp up infrastructure that is required by EVs. "Till the time EVs become mainstream, we do need technologies which addresses immediate concerns of the environment and fuel efficiency. And hybrids are a great option in this regard.

Pricing and awareness a deterrent for large adoption? 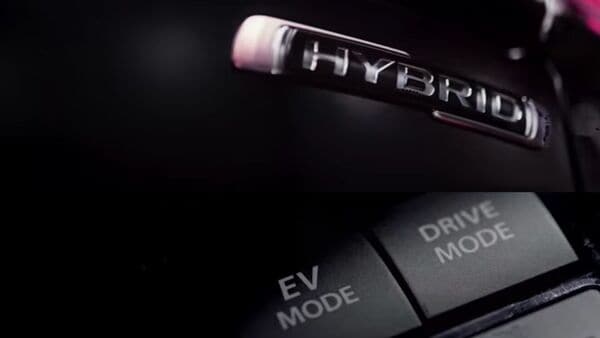 Newer technology always comes at a higher price point and for Maruti Suzuki, it may be a slippery path to balance itself on if it really intends to take strong hybrid technology to customers who traditionally have always preferred the brand for its ‘bang for the buck’ proposition.

Srivastava, however, believes it is a matter of value addition. “EVs today cost around 50 per cent to 60 per cent more than the price of a corresponding gasoline model. Hybrids too will cost higher but not in that range. There would be a delta but that is true for CNG vehicles too and was for diesel as well," he explained.

But what about awareness? “People who are buying larger SUVs have greater inclination for knowing about (new) technology. Much like CNG or power steering or even infotainment screens in very early days, there would be early adopters (for strong hybrid) and those who would be on the sidelines and evaluate," Srivastava said, adding that the obvious benefits of strong hybrid technology would eventually make it a success.

While Srivastava may be confident about the strong hybrid technology, Maruti Suzuki is pinning its hopes on the fate of Grand Vitara before outlining a possibly expanded plan for the powertrain. “If the response to the Grand Vitara is good, we will surely look at other models as well. At the moment, we are focused on making strong hybrid a success in the Grand Vitara."