The teaser shows the existing Maruti S-Cross, and not the Jimny as speculated previously. Maruti is gearing up for the introduction of the new-gen new-gen Celerio in India.
By : HT Auto Desk
| Updated on: 19 Oct 2021, 11:32 AM 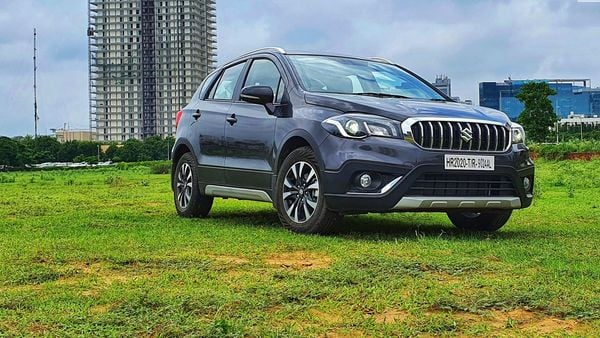 Maruti Suzuki has rolled out a new teaser for its off-road car confirming that the vehicle is nothing but the existing S-Cross, and not Jimny which was previously under speculations.

Earlier this month the company had published a short teaser clip showing tyre marks made on snow, sand dunes and beaches. Since Maruti currently doesn't have any dedicated off-roaders in the lineup after the discontinuation of Gypsy, it was an indication that this could be a teaser for the new India-bound Jimny SUV. But now the company has cleared the air around its SUV which is nothing but the S-Cross which is already on sale in the market.

Maruti Suzuki has stayed low on new launches in the recent past, in fact after the new S-Presso launched back in late 2019, there has been nothing absolutely new from Maruti. The company is now gearing up for the introduction of the new-gen new-gen Celerio which is expected to be launched in India in the next few months. The car will then also be followed by a couple of midcycle updates and launches.

The company has previously announced local production of the Jimny SUV that is exported to the overseas market from Maruti Suzuki's Manesar plant. On the other hand, there is no official word on when exactly the car will be introduced in the Indian market. A longer, 5-door version of the Jimny is expected to arrive in India sometime in 2022.