Mahindra unveils Adrenox UI for XUV700, to be paired with Alexa, Sony and Bosch

Mahindra and Mahindra had earlier released a teaser video of the new UI Adrenox which will be upcoming XUV700 SUV's connected car technology.
By : HT Auto Desk
| Updated on: 02 Aug 2021, 01:06 PM 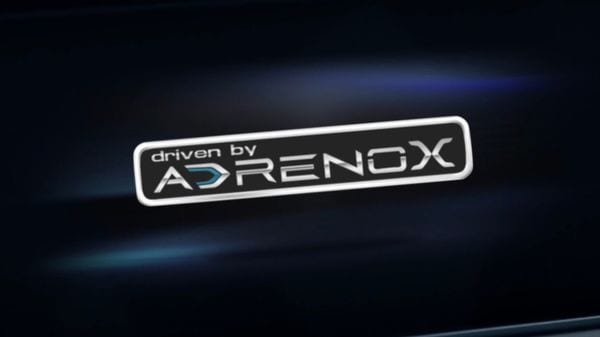 Mahindra unveils Adrenox UI for XUV700, to be paired with Alexa, Sony and Bosch.

Mahindra and Mahindra has officially unveiled its new connected car technology called Adrenox, the user interface (UI) which will make its debut in the upcoming XUV700 SUV later this year.

Mahindra promises the new AdrenoX to serve as an 'intelligent cockpit technology' which will offer many segment-leading features along with enhanced driving experience.

Mahindra and Mahindra had earlier released a teaser video of the Adrenox as its new connected car technology over the weekend. The AI-based voice command will be paired with Alexa for hands-free access to entertainment, information and offline vehicle control. Besides pairing with Alexa, the Adrenox will be connected to the new Sony surround sound system and offer 3D Sound technology.

The Adrenox UI can also be used to operate the massive sunroof, the biggest in the segment as claimed by the carmaker.

Velusamy R, Chief of Global Product Development, Automotive Division at Mahindra and Mahindra, said, "The XUV700 is a powerhouse of technology that will deliver top of the line driving experience to our customers. We are thrilled to be working with global partners such as Visteon, Amazon Alexa, Sony and Bosch to create the most optimal automotive experience and leapfrog the ownership experience to the next level with AdrenoX capabilities."

Veejay Nakra, CEO of the Automotive Division at Mahindra and Mahindra, said, "With AdrenoX, the XUV700 will prove to be a technological tour de force and will reset segment benchmarks when it hits the roads. AdrenoX will be a companion to the XUV700 to intuitively support our customers in having an adrenaline packed driving experience. Our collaboration with expert partners comes from a single-minded focus to make our new XUV700 an SUV like no other."

According to the teaser video released earlier, the XUV700 will get a new-look interior, dominated by a massive twin-screen digital display. There is a new 10-inch touchscreen infotainment system sitting beside the TFT digital driver display.

The 2021 Mahindra XUV700 is expected to be launched around the festive season this year. It is likely to be priced above ₹14 lakh (ex-showroom) bracket and will take on rivals like Hyundai Alcazar and Tata Safari.