Mahindra to start XUV700 deliveries from this weekend, aims 14,000 by January 14 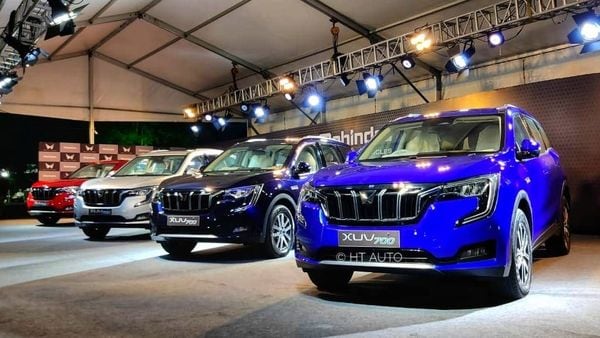 Mahindra to start delivery of XUV700, which comes at a starting price of ₹12.49 lakh (ex showroom), from October 30.

Mahindra XUV700 is finally all set to hit Indian roads. Mahindra will start delivery of its new flagship XUV700 from Saturday (October 30). Mahindra has already received more than 65,000 bookings for the XUV700 since its launch last month.

Mahindra will initially start delivery of the petrol variants of the XUV700 to its customers. The carmaker is aiming to deliver at least 14,000 XUV700s by January 14 next year. However, the carmaker has also issued a disclaimer saying ‘due to the global pandemic and its impact on supply chain, delivery dates may get delayed’.

The first phase of bookings for Mahindra XUV700 started on October 7. Within an hour the carmaker had received its first 25,000 booking. Even after revision in introductory prices, Mahindra clocked another 25,000 bookings within two hours the next day.

2021 Mahindra XUV700 is available in four basic trims which include MX, AX3, AX5 and AX7. The SUV is offered with both petrol and diesel engines, mated to either manual or automatic transmissions and gets choices to pick it in either five- or seven-seat layout.

Under the hood, Mahindra XUV700 is being offered with a mStallion 2.0 turbo-petrol motor. It is capable of producing 200 hp of peak power and has 380 Nm of peak torque. There is also a 2.2-litre mHawk diesel engine which can churn out 182 hp of maximum power and 450 Nm of peak torque.

Since XUV700 will come in both five- and seven-seat layouts, it will take on rivals like Hyundai Creta and Alcazar as well as Tata Harrier and Safari at the same time, besides other rivals in respective segments.