Mahindra XUV700, which is expected to be launched in India ahead of the festive season, will get a newly designed headlamp cluster along with a new set of taillamp.
By : HT Auto Desk
| Updated on: 03 Aug 2021, 10:10 AM 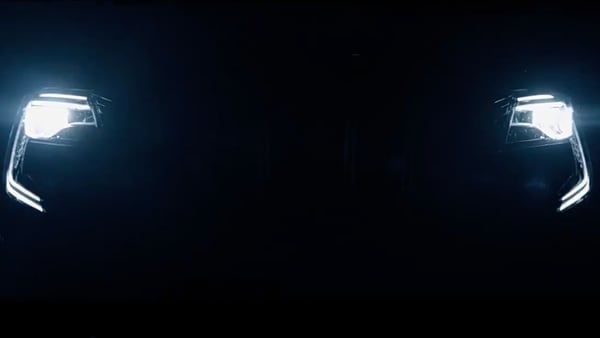 Mahindra and Mahindra has been aggressively teasing its upcoming offering XUV700 ahead of its launch, likely to take place before the festive season kicks in. In the latest teaser video, Mahindra has almost fully revealed the new headlight and taillight design and technology that will be seen in the 2021 XUV700 SUV.

The teaser video showcases the LED headlamp cluster which, according to Mahindra, will have Clear-view technology. XUV700 will feature a C-shaped DRL surrounding the LED headlamps at the front. It enhances the bigger, bulkier profile of the SUV as it flanks the seven-slat chrome front grille. XUV700 will also feature LED foglamps as well. The design of the headlights look to be in sync with the leaked photos of XUV700 earlier without any camouflage.

The wraparound LED taillight at the rear is also a new addition for XUV700. The taillights will have Arrow-head LED lights, according to the teaser video. This too seems to echo what we have seen in leaked images of the SUV so far.

Besides the new light design and technology, Mahindra has also revealed that the XUV700 will have electrically powered ORVMs as well.

Mahindra XUV700, one of the most anticipated launches this year, will be packed with several new features. It will have a new UI called Adrenox which will be paired with Alexa on-board. It will also get the new Sony 3D sound system as well. The dual-tone interior will have body-hugging seats with adjustable headrests, horizontally positioned air con vents, push-button start, new multi-functional steering wheel with mounted controls, rotary dials, huge central armrest and a cooled glovebox.

Mahindra XUV700 will be powered by a 2.0-litre mStallion petrol engine with 200 PS of maximum power output and 2.2-litre mHawk diesel engine churning out 185 PS of maximum power. The engines will be mated to either a 6-speed torque converter automatic gearbox or a 6-speed manual gearbox. A 4X4 option is also likely in the new XUV700.

The 2021 Mahindra XUV700 is expected to be launched around the festive season this year. It is likely to be priced above ₹14 lakh (ex-showroom) bracket and will take on rivals like Hyundai Alcazar and Tata Safari.