Mahindra e-KUV100 could take electric vehicles to the masses. Here's how 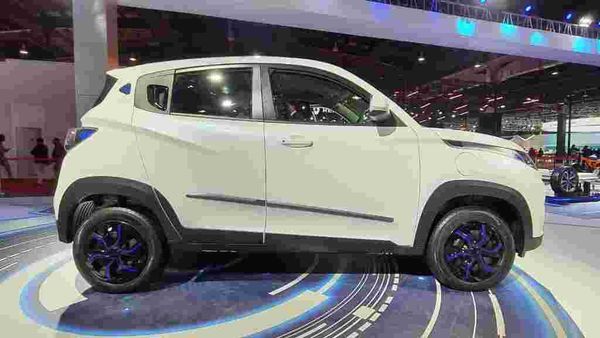 Mahindra had revealed e-KUV100 at Auto Expo 2020 back in February, touting it to become one of the most affordable offerings in the country when officially launched. Expected to be pegged at around ₹8.25 lakh, the e-KUV100 has the potential of finally bringing electric vehicles within the reach of the mass-market buyer and the company recently confirmed that it will start deliveries in the next three months.

But what makes the e-KUV100 have the potential of being a common sight on Indian roads? For starters, and for most parts, it is the price point at which it would hit the market. Currently, the list of EVs under ₹10 lakh are too few to merit a mention. In fact, Tata Nexon EV - at a starting price of ₹13.99 lakh (ex showroom) is considered by many as the most affordable of EVs currently on offer here. And while Nexon EV has seen many takers, the launch of e-KUV100 could truly open up the field of play.

(Also read: From Audi e-tron to Jaguar I-PACE, a look at luxury EVs coming to India in 2021)

Details and specifications of e-KUV100 are sketchy so far but the EV is hardly expected to break any range or performance records. Instead, it gets a liquid cooled battery pack, auto transmission, fast charge and remote connections - among other features that promise to make it a viable option meant primarily for city commute. Most importantly, it offers a peak output of 40kw and a torque of 120Nm and a running range of 150 km on a single charge.

(Also read: Covid-19 may have pushed back world's move towards electric energy by years)

Mahindra e-KUV100 will also support fast-charge option which means it can be powered to 80% in under an hour. As such, it has all the capabilities - at least on paper - to become a strong and viable EV option for those looking at an affordable way of going green.

Many believe that more than the support infrastructure for EVs, crucial as they may be, it is the affordability factor that would determine success. In this regard, the e-KUV100 does have the potential of showing the way. And with Mahindra also looking at rolling out e-XUV300 at some point next year, it could make for an exciting portfolio to consider.