Lexus unveils new LS luxury sedan, likely to be launched by end of 2020

The new Lexus LS sedan gets the Lexus Teammate, the latest in advanced driving assist technologies, and a new body colour that creates deep shadows and robust highlights.
By : HT Auto Desk
| Updated on: 07 Jul 2020, 10:40 AM 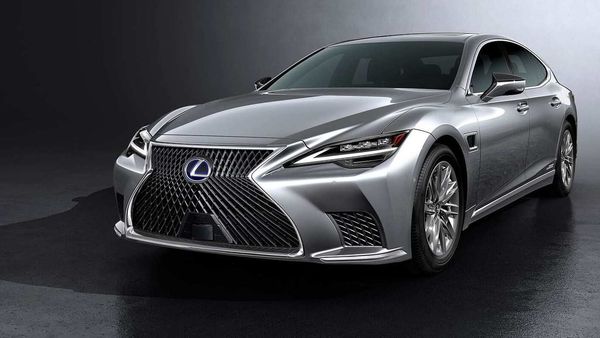 Lexus has taken the covers off the new LS luxury sedan. It is likely to be launched in Japan by the end of this year.

Lexus has taken the covers off the new LS luxury sedan. It is likely to be launched in Japan by the end of this year.

For the updated model, Lexus engineers focused on elevating the sedan's levels of comfort, quiet and overall refinement to help balance a range of new dynamic improvements dictated by the brand's Lexus Driving Signature initiative.

The positioning of a vertical-themed character line in the corner parts of the front bumper expresses the excellence of the vehicle's stance. And giving the front bumper a structure in which the chrome trim on its lower edge wraps around to the sides expresses liveliness.

The chrome trim within the rear combination lamps has been switched to Piano Black to enhance harmony with the headlamps, as well as to enhance a sense of the vehicle's presence.

In the F Sport version of the new LS, the garnish of the sub-radiator grilles wraps around to the sides so as to underline the vehicle's wide stance. Other elements that help to accentuate the F Sport's more dynamic image include a dedicated color for the spindle grille and 20-inch wheels.

On the inside, in addition to the use of a touchscreen for improved operability, Lexus paid thoroughly uncompromising attention to detail through a collaboration involving traditional Japanese crafts such as Nishijin brocade and metal leaf decoration, aiming to create a high-quality interior atmosphere suitable for a brand flagship.

The multimedia system features a new touch display and is compatible with SmartDeviceLink, Apple CarPlay, and Android Auto. Convenience has been greatly enhanced by, among other features, the ability to control the display screen and audio functions by using an iPhone and Android smartphone linked to the 12.3-inch touch-operated wide display. 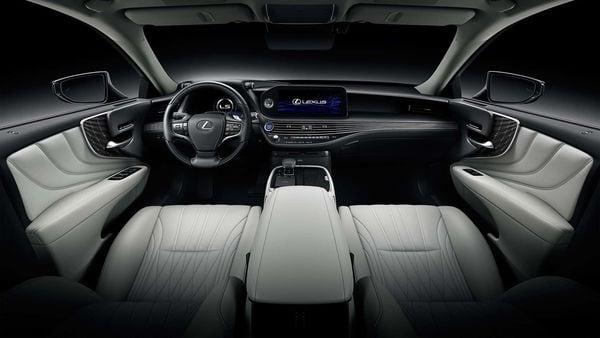 Lexus LS gets a high-quality interior inspired by traditional Japanese crafts, such as Nishijin brocade and metal leaf decoration.

The digital rearview mirror features a larger high-resolution display for improved visibility of the area behind the vehicle.

In the LS 500h hybrid version of the new LS, increased battery assist during acceleration at often-used driving speeds so as to contribute to strain-free acceleration. Additionally, quietness has been improved by lowering maximum engine revolutions during departure acceleration.

In the LS 500 gasoline-engine version of the new LS, improved initial engine torque at often-used driving speeds leads to greater acceleration response. Improved shift timing and a wider acceleration range for each gear has resulted in less-frequent downshifts. These improvements make possible driving that is powerful and with room to spare.

Both the hybrid version and the gasoline-engine version of the new LS have undergone Active Noise Control and Engine Sound Enhancement tuning for improved quietness.