The new Kia Carnival MPV from Kia Motors is scheduled to launch later this year and is expected to go on sale in Korea in the third quarter of 2020.
By : Sabyasachi Dasgupta
| Updated on: 23 Jun 2020, 10:12 AM 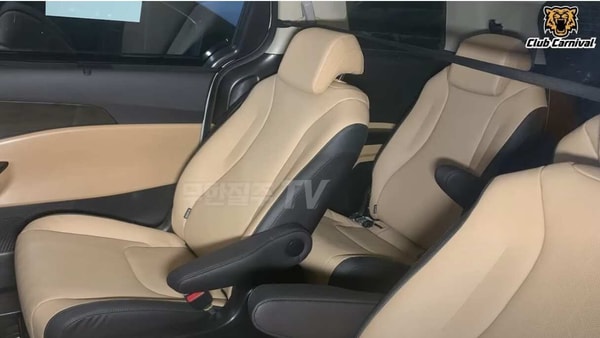 Days after Kia Motors teased the new look of the next generation Carnival MPV, images of the vehicle’s interior have also been leaked. A South Korean website has shared the leaked images of the Kia Carnival MPV. They show that the next-gen Carnival MPV is all set to get a host of new features.

The new Kia Carnival MPV is scheduled to launch later this year. It is expected to go on sale in Korea in the third quarter of 2020, with global sales in many of Kia’s markets to follow thereafter. Kia will release new images and more details about the fourth-generation Carnival soon.

The leaked images reveal that the door panels has been redesigned with faux wood inserts. The front passenger seat will now have power buttons easily accessibly for passengers at the rear to create more legroom. The single-unit display in the new generation Kia Carnival will get dual screens. Among other changes are the new AC vents mounted on the roof and a dual sunroof.

The leaked images hint that the cabin upholstery will not be different from the existing Kia Carnival. It will continue to wear the beige and black combination.

Last week, Kia Motors had teased the new Carnival MPV through a sketch released by the company. At the front, the Carnival’s confident new face seamlessly integrates high-tech headlamps with Kia’s iconic ‘tiger-nose’ grille. Kia’s designers call this ‘symphonic architecture’, with the design of the front bringing together a range of detailed, technical features which create a sense of harmony and structural energy.

From the side, a bold character line runs the length of the car, linking the front and rear lamps, with its glasshouse characterised by a new chrome fin which extends to surround the rear. 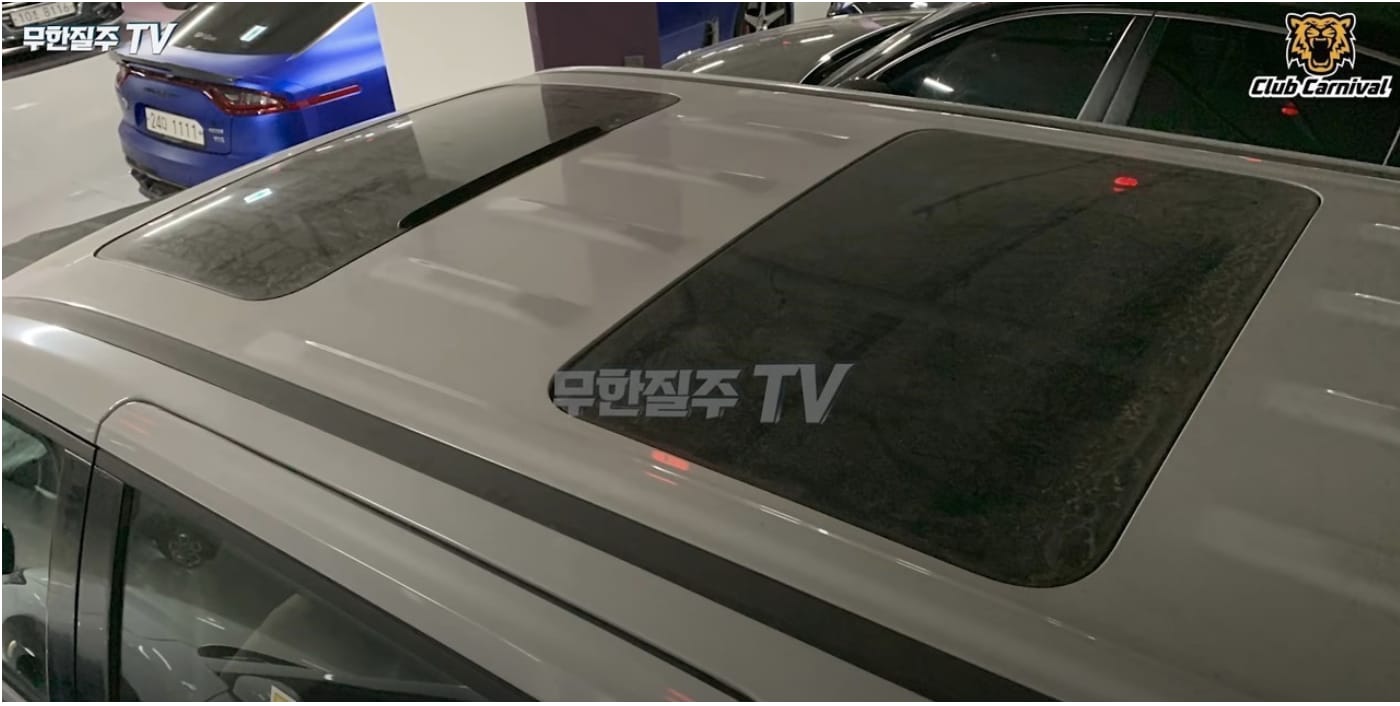 Released in Korean specification, the all-new Carnival – sold in many markets worldwide as the Kia Sedona – builds on its predecessors’ heritage in the mid-sized MPV segment, following more than two million Carnival sales worldwide since the first generation launched in 1998. With a stronger, more stylish presence, futuristic new details and an SUV-inspired design, Kia designers have even dubbed the new model a ‘Grand Utility Vehicle’.

In India, Kia Carnival MPV is offered in 7, 8 and 9-seater options. It was launched during the Auto Expo in February this year. Being touted as a VIP MPV, Kia has positioned Carnival as a premium vehicle with stylish looks and fully-loaded interiors. Priced at ₹24.95 lakh, the MPV had a good momentum in the initial months, pushing Kia's sales figures up at a time when vehicle sales were down due to the coronavirus crisis. It remains to be seen when the carmaker decides to bring the upgraded model for the Indian customers.