The Highland Green 1968 Ford Mustang GT featured in the 1968 Hollywood film Bullitt which had Steve McQueen in the lead role.It has now become the most expensive Mustang ever at an auction.
By : HT Auto Desk
| Written By : Shubhodeep Chakravarty
| Updated on: 22 Jan 2020, 12:40 PM 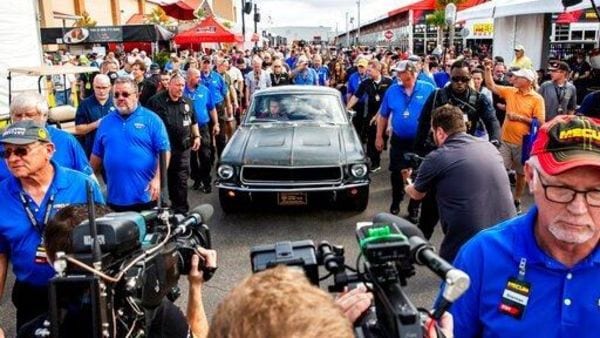 Imagine paying $3,500 for a car, driving it around for 45 years and then selling it for a mammoth $3.74 million at an auction. That is the amazing story of a Highland Green 1968 Ford Mustang GT which recently became the Mustang commanding the highest-ever price at an auction.

Held in Florida, the auction saw bidding start at $3,500 as an ode to the journey of the car which had featured in the Hollywood film 'Bullitt' back in 1968. While being driven by iconic actor Steve McQueen propelled the car to stardom, the auction itself was a testament to how it had become part of automotive holy grail.

The owner of the Mustang GT before the auction, Sean Kiernan, personally drove the vehicle to the event and said that he had had the car in his family for 45 years. He said that the car had only ever been sold twice and that $3,500 is what had been paid each time - the reason for the starting price for the auction. It is reported that bidding crossed the $3 million-mark in the first 60 seconds alone.

The identity of the final winner of the auction has not been disclosed but will have to pay $3.4 million and a 10% buyer's premium.

Quite obviously, the car itself is in pristine condition although some work had had to be done on it in years gone by.