Jeep Meridian name has been picked from over 70 options that were considered.The seven-seater Jeep Meridian will be a Made in India SUV and will be launched this year.
By : Shubhodeep Chakravarty
| Updated on: 14 Feb 2022, 01:11 PM Jeep India on Monday announced that its upcoming - and much talked-about - seven-seater SUV for the market here will be called Jeep Meridian. The Jeep Meridian will be an entirely ‘Made in India’ SUV but will come with the promise of offering a capable drive and a feature-packed cabin.

The upcoming Jeep SUV has been spotted on test runs on numerous occasions in the past several months. The name ‘Jeep Meridian’ was picked from around 70 options that were considered by the company. These also included some Jeep names from the global market. But the company, in a press statement, informed that the Meridian name was eventually picked as it is inspired by the line which passes through the length of India connecting ‘some of the most beautiful states and cultures.’

The Meridian will be the first seven-seater SUV from Jeep in the country and is being touted as a product that would further diversify the product lineup of Jeep here. "We (have) tested the SUV on every kind of terrain India has to offer – by taking it on a challenging journey from Kashmir to Kanyakumari," said Nipun J Mahajan, Head of Jeep India. “We are proud to say, the Jeep Meridian performed flawlessly. We are delighted to deliver today, a car that is both Made-in-India and Made-for-India for our customers anticipating the Meridian." 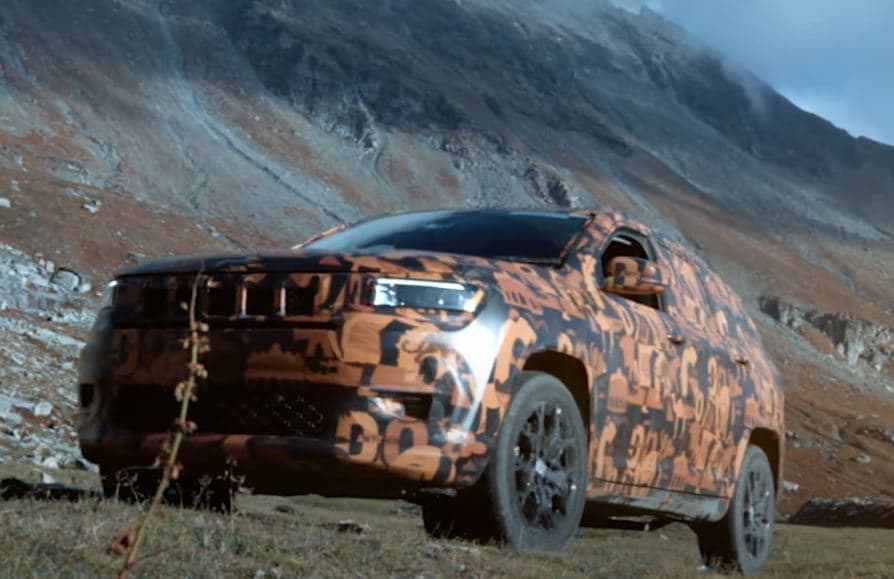 Jeep India is backing crucial factors like looks, performance and off-road capabilities to make a solid case for Meridian SUV, once launched.

Jeep India has further confirmed that the Meridian SUV will be launched in India this year itself but a more exact timeline is still awaited. “Our product offensive for 2022 and beyond will continue to illustrate our commitment to India as we work towards strengthening our market presence," said Roland Bouchara, CEO & Managing Director, Stellantis India.

Jeep India has not yet official confirmed the specs on the Meridian SUV. But several reports suggest that the Meridian could make use of a 2.0-litre petrol motor and that a diesel unit may also be on offer. Transmission duties are likely to be handled by an eight-speed automatic transmission box. Select variants of the Jeep Meridian are likely to get 4WD as well.

Again, Jeep has not divulged much about the feature list Meridian is packing but has promised that it will be extensive. A 10.25-inch main infotainment screen is likely in the cabin of the SUV while a panoramic sunroof, four-zone climate control and front ventilated seats could also come packed in.

Meridian will sit above Compass and is likely to be priced upwards of ₹35 lakh when launched in India. It will take on rivals such as Toyota Fortuner, MG Gloster and Skoda Kodiaq.