Jeep Compass SUV to get a 7-seater model called Commander, teased ahead of debut

The SUV is likely to be launched in Brazil later this year.If launched in India, it will take on the likes of MG Gloster, Ford Endeavour and Toyota Fortuner SUVs.
By : HT Auto Desk
| Updated on: 07 Apr 2021, 11:29 AM 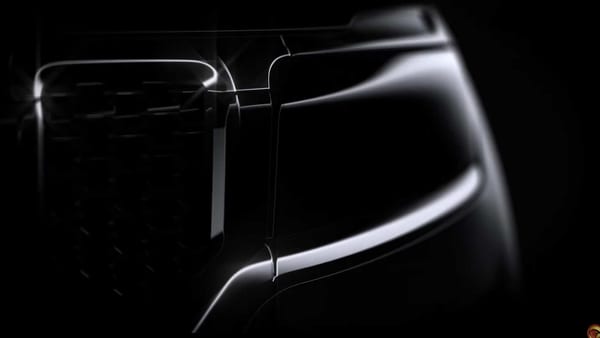 Jeep has teased Commander SUV, a seven-seater avatar of the popular Compass SUV.

Jeep is all set to drive in a new 7-seater SUV based on its popular model Compass soon. The US carmaker has already teased a video showing the SUV’s design elements. It is likely to be called Commander SUV, and primarily meant for the Brazilian market.

We are not sure yet if the new 7-seater SUV will make its way to India, but it can’t be ruled out either since the segment is witnessing a bit of surge in new models and it might make it difficult for Jeep to overlook.

According to reports, the new Jeep model is likely to make its debut towards the end of this year. It will be produced in Goiana, in Brazil, along with Jeep's other models like Renegade, Compass and Fiat Toro.

The teaser video, shared on YouTube, shows the letters "ER" as part of the SUV's badging, which hints at the name Commander. Jeep had an earlier seven-seater model named Commander in the early 2000s. Many think the new SUV, though based on Compass, will make a return in a new package. Moreover, Jeep has already confirmed that the SUV will not be called Grand Compass, or Grand Commander which is available in the Chinese market.

The teaser video does not give a clear picture of how the SUV will look like in its entirety. However, what can be seen clearly, the front face of the SUV will have the signature seven-slat grille - a trademark of Jeep models.

The Commander SUV is also likely to retain most of the new features that were introduced in the Compass facelift. Among these will be the steering wheel and the multimedia centre, which will have a floating effect on the dashboard.

The SUV is likely to be launched in Brazil later this year. If launched in India, it will take on the likes of MG Gloster, Ford Endeavour and Toyota Fortuner SUVs.