Mini Cooper SE will come out to be the BMW group’s first electric vehicle for the Indian market.Mini Cooper SE will be the latest entrant in the luxury EV segment in India. It will look almost identical to its ICE-powered counterpart.
By : HT Auto Desk
| Updated on: 23 Oct 2021, 05:13 PM 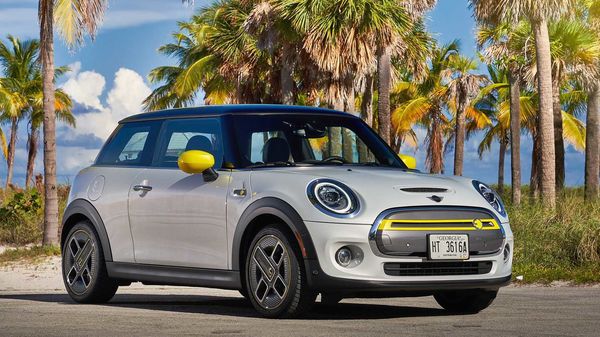 Mini India has rolled out a teaser of its first fully electric car which is expected to land on the Indian shores soon. Christened as the Mini Cooper SE, the battery-powered Mini was first revealed globally in 2019. It will also come out to be the BMW group’s first electric vehicle for the Indian market.

On the outside, the Mini Cooper SE will look almost identical to its ICE sibling. It will get a blacked-out front main grille featuring a chrome border and a new ‘E’ badge instead of the new traditional ‘S’ lettering. In addition to that, it will also get newly designed alloy wheels as well as a different rear bumper. Also, the previously found dual exhaust tailpipes will be seen no more for obvious reasons.

Inside, expect the car to remain more or less the same and in line with the existing models in the portfolio. The new Mini Cooper SE will be a front-wheel-drive that will feature an electric motor mounted on the front axle. This motor will be powered by a 32.6 kWh lithium-ion battery pack. The electric motor will be responsible for delivering a full power output of 181bhp and 270Nm of torque.

This setup will propel the car to a top speed of 150 kmph, and the 0-100 kmph acceleration will be attained in 7.3 seconds.

The Mini Cooper SE will be the latest entrant in the luxury EV segment and will share space with other luxury electric cars such as the Mercedes-Benz EQC, Jaguar I-Pace, and Audi e-tron.