India’s own Tesla? Pravaig unveils Made in India luxury EV with 500-km range

Photo of the Pravaig Extinction MK1 electric car that is expected to be launched some time next year. (Photo courtesy: Instagram/@pravaigdynamics)

Bengaluru-based Pravaig Dynamics has come up with its first homegrown electric car that promises to step up the EV game in India. On Friday, the EV startup officially unveiled the Extinction MK1 premium electric car, completely made in India, ahead of launch some time next year.

There are some tall claims that are set to raise eyebrows of some of the other EV manufacturers in India, as well as those abroad. Consider this: An electric car with a range of more than 500 kms in single charge? Volkswagen ID.3 can barely do 500 kms yet. Tesla Model 3 performance variant claims a range of 507 kms in single charge. In India, the EV with the highest range is Hyundai Kona EV with a claimed range of 452 kms. MG ZS EV, which has a range 340 kms, is still in process to upgrade to a range of 500 kms. Even the newly-launched Mercedes EQC has a range of just 350 kms.

And if one runs out of juice, Pravaig claims Extinction MK1 can replenish to about 80 per cent within 30 minutes. 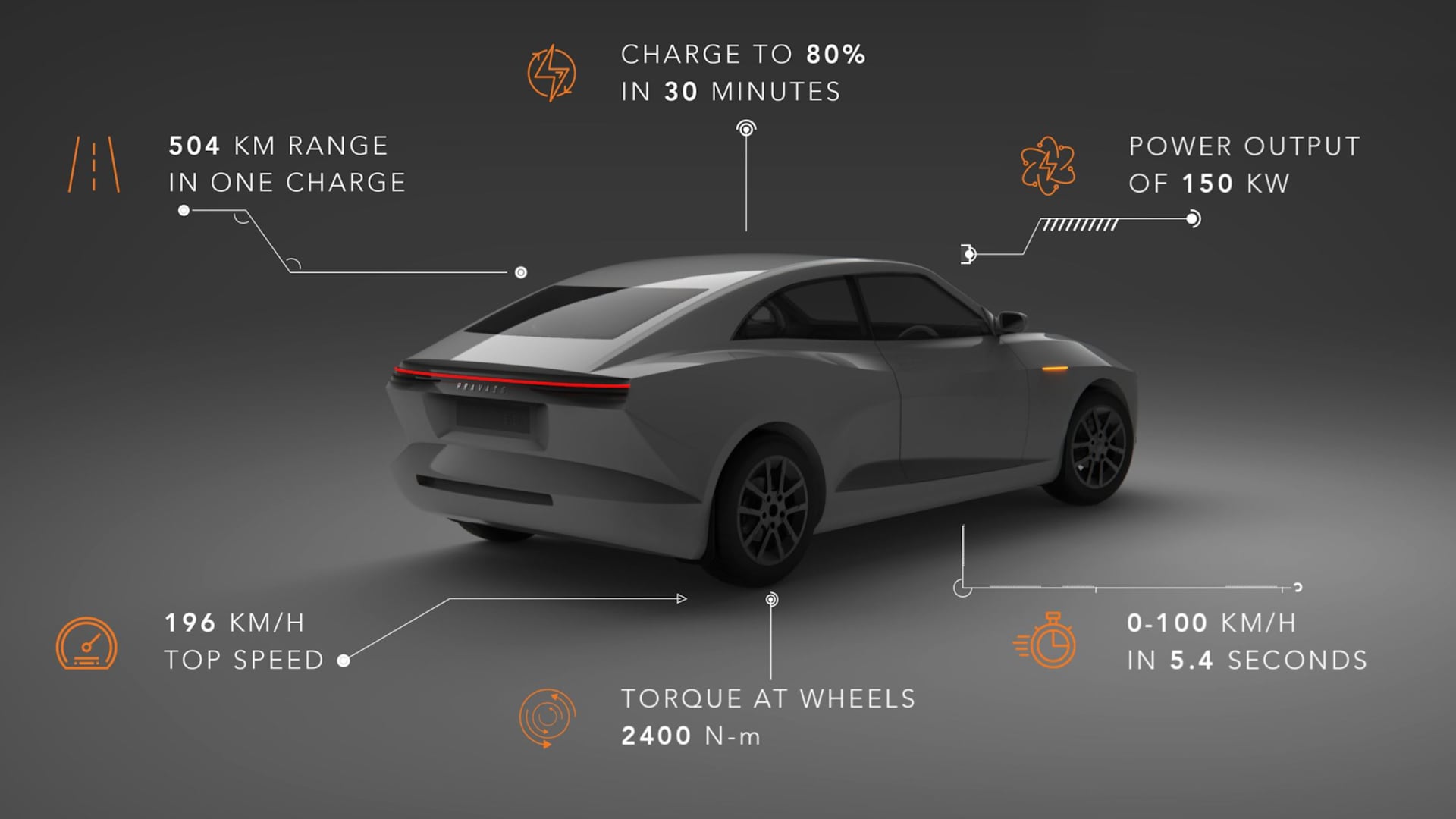 The Extinction MK1 offers more than 500 kms of range in single charge.

At first glance, the Extinction MK1 is bound catch some eyeballs with its design that is a rarity on Indian roads. For some, the design may resemble to that of the Lucid Air EVs. The coupe-like, futuristic design along with LED bars on the front and the rear makes the car stand out in the crowd of other vehicles currently seen.

Step inside the Extinction MK1, and one would be greeted with a luxurious cabin resembling a lounge. There is enough space inside for passengers to stretch their legs and relax while enjoying the drive. The rear passengers will also get reclining seats for better comfort. However, Pravaig did not reveal any images of the interior yet.

The two-door, four-seater electric car will be primarily used for commercial fleets on a subscription based model. Pravaig is aiming to produce around 250 units of the Extinction MK1 every year. It will be initially sold in cities like Bengaluru and Delhi, before the EV startup adds more cities on the list.