There are several design upgrades that makes the new Jeep Compass look more premium.Key highlights include a larger infotainment screen and a digital instrument cluster that is now digital.
By : HT Auto Desk
| Updated on: 21 Nov 2020, 08:58 AM 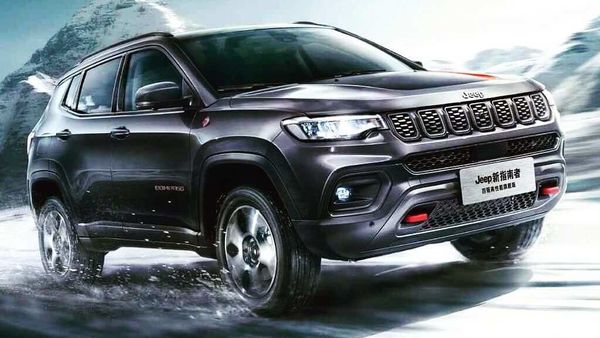 Jeep unveiled the 2022 Compass SUV during an auto show in China.

Days after releasing teaser images, Jeep has finally unveiled the 2022 Jeep Compass SUV at an auto show in China on Friday. This is the most significant facelift for the SUV since its second generation debut in 2016.

The facelift version of the Jeep Compass SUV presented in China is nine millimetres longer and 17 millimetres higher than the previous generation SUV. Consistent with the teaser images, the Compass SUV gets a new face with the traditional seven-slat grille now looking more futuristic in design. It is flanked by thin strips of LED headlights. Under the grille runs a horizontal thin air intake panel that houses the fog lamps. Overall, the front face now appears much bolder than the ones in preceding models.

The 2022 Jeep Compass SUV will be offered in two distinctive ranges, the standard versions and those equipped with the Trailhawk off-road package. For the 4x4 version, Jeep will add a slightly different-looking bumper and wheels, and trailer hooks located at the front.

Changes to the exterior of the new Compass SUV may appear minor. However, the more significant updates are visible when you step inside the cabin. The 2022 Compass SUV gets a new dashboard which appears more premium than its previous generation. The cabin gets a two-tone synthetic leather treatment in materials used on door panels, the dashboard as well as the seats. 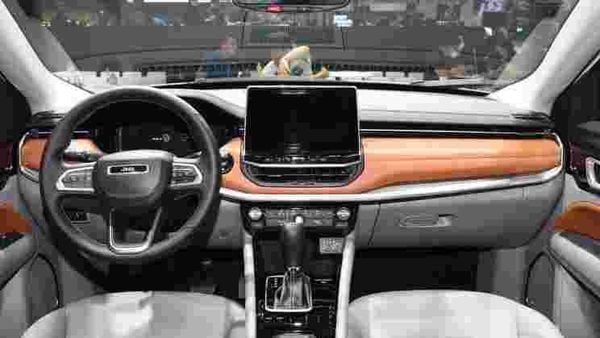 2022 Jeep Compass SUV gets a larger infotainment screen and a digital instrument cluster.

There is no further detail on the technical specifications of the new Jeep Compass SUV. However, according to some reports, the 2022 Jeep Compass SUV is likely to be powered by a 2.4-litre four-cylinder engine. The engine is capable of producing 182 PS of maximum power and 237 Nm of maximum torque. There could also be a plug-in hybrid variant of Jeep Compass later which is likely to come with a 11.4 kWh battery pack. It will help the 2022 Compass SUV to cover around 50 kms in electric mode.

The facelift version of the Jeep Compass SUV will debut first in China, and is likely to reach other markets, like the US, by 2022. There is still no confirmation whether Jeep will bring this version of Compass SUV to India.