The Ioniq 7 SUV is possibly the most-awaited EV from Hyundai. This is because of the growing preference for SUV body type across most markets.
By : HT Auto Desk
| Updated on: 26 Jul 2022, 13:59 PM 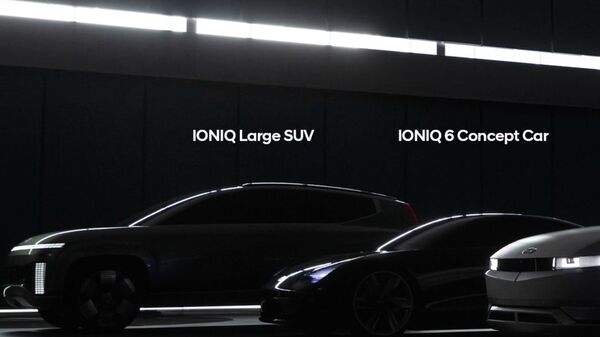 Hyundai Ioniq 6 and Ioniq 7 are the next two upcoming battery-powered weapons the arsenal of the South Korean auto major.

Hyundai is looking at expanding its electric vehicle (EV) lineup at a furious pace and while Ioniq 5 is already on sale in many markets across the world, and Ioniq 6 is confirmed for a 2023 launch, the Koreans are also reportedly working overtime to ensure Ioniq 7 electric SUV has its official launch next year.

The Ioniq 7 SUV is possibly the most-awaited EV from Hyundai. This is because of the growing preference for SUV body type across most markets. The Hyundai Seven Concept electric SUV has already been revealed and the Ioniq 7 would be the name of the production version. Local reports in the South Korean press suggest that the emphasis in the Hyundai camp is to take the fight to the luxury EV manufacturers and in that sense, the Ioniq 7 will have to play a huge role.

To be based on the Hyundai E-GMP platform which underpins Ioniq 5 and Ioniq 6, the Ioniq 7 is likely to get a bigger battery pack than its smaller siblings. But while range is a key area of focus - the figure will hover around 500 kms, the Ioniq 7 is also likely to offer a large cabin which underlines comfort with minimum physical buttons. A flat floor will help leg space while the concept vehicle had a mammoth wheelbase of 3,200 mm which is significantly larger than the wheelbase of existing Hyundai models like Sata Fe and Tucson.

The three-row SUV will also be loaded to the brim with features but exact details in this regard have not been revealed as yet. Once launched though, the Ioniq 7 will lock horns against the likes of Tesla Model X and Mercedes EQE.

With a clearly-spelt aim of launching as many as 17 new electric vehicles under the Hyundai and Genesis brands, Hyundai Motor expects a significant portion of its operating profits to come from EVs. As such, all eyes would be peeled on upcoming Ioniq 6 and Ioniq 7.