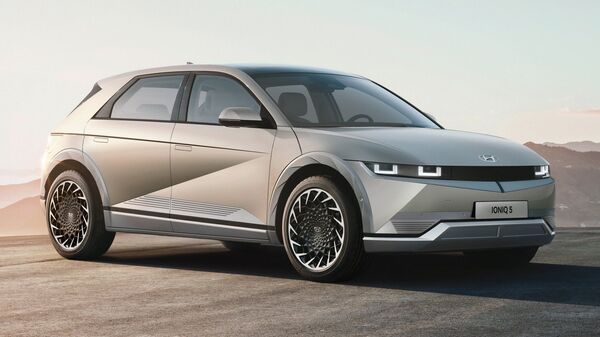 2023 Hyundai Ioniq 5 will now be available with a larger 77.4-kWh lithium-ion battery pack which improves its range to nearly 500 kms on a single charge.

Hyundai has introduced the first facelift version of its electric SUV Ioniq 5 for the European markets. The 2023 Hyundai Ioniq 5 will now get a larger battery pack to improve its electric range besides other changes a year since it made its global debut.

Hyundai Ioniq 5 was first launched in February last year. It is the first model based on Hyundai’s Electric Global Modular Platform (E-GMP). It is also likely to hit the Indian markets soon as the Korean carmaker plans to introduce new EV models in the country in coming days.

The facelift version of the Ioniq 5 comes with a new 77.4kWh battery pack, up from the 72.6 kWh battery used in the first generation model. The upgraded battery pack will help the electric SUV to increase its range. Though official figures have not been released yet, the new battery is expected to increase the range of Ioniq 5's long-range rear-wheel drive to nearly 500 kms on a single charge from the existing range of about 485 kms, according to the WLTP cycle.

The 2023 Ioniq 5 will also offer improved system of active thermoregulation of the battery to improve its efficiency.

Andreas-Christoph Hofmann, Vice President Marketing and Product at Hyundai Motor Europe, said, “Ioniq 5 has proved to be highly successful in the 12 months since its launch, both in terms of sales and brand building. The segment is growing increasingly competitive, and we will be offering enhanced features to defend our position as technology leader in the automotive industry."

Another key change in the new Ioniq 5 is the introduction of video-based digital interior and exterior mirrors. The central screen instead of a saloon mirror is introduced for the first time. There is a separate camera under the spoiler visor on the rear door. The Digital Centre Mirror (DCM) optimises visibility by providing an unobstructed, panoramic rear-facing view of the car.

Among other notable changes are options include adaptive dampers and black bumper inserts, although there are no images of cars with this appearance yet. The car is expected to go on sale later this year in select European markets.