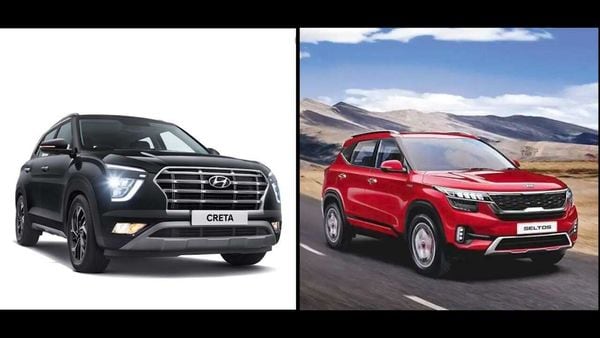 Hyundai Creta continues to rule the SUV segment, while Kia Seltos closes in on the gap.

A recent study by SMErush had revealed that Indians searched for SUVs more than any other segment of cars in the first six months of this year. Popularity of SUVs is not restricted merely online. The SUV segment has also emerged as a major contributor to overall car sales in India. And at the top of the list in the country, there is an intense rivalry that has taken a firm shape now.

Hyundai’s 2020 Creta SUV and Kia Motors’ only SUV in India - Seltos - are locked in a race to the top spot, leaving behind most other competitors far behind.

Hyundai sold 11,756 units of the new Creta to emerge as the top selling SUV in India in August. But Seltos is not too far behind. The Korean auto giant sold 10,655 units of Seltos last month.

What is staggering is the share of Seltos when it comes to Kia’s sales in India. In August, Kia sold 10,845 units, out of which Kia Carnival luxury MPV could clock only 190 units. The rest was Seltos all the way.

Since the lockdown ended, the new Creta has had a better sales record than Seltos. In June, both SUVs saw more than 7,000 units sold despite subdued demands due to the ongoing coronavirus pandemic. Kia Motors sold 7,114 units of Seltos SUVs. In July, Hyundai Creta sold 11,549 units while Kia sold 8,270 units.

Buoyed by the popularity of Seltos, which also happens to be the carmaker’s second best-selling model globally, Kia has registered 74% surge in year-on-year sales. Within just a year of commencement of sales in India, Kia Motors has acquired almost 6% market share in the passenger vehicle segment with only two products – Seltos and Carnival - in the market. And with the upcoming launch of Sonet sub-compact SUV, it could further intensify its charge.

In coming months, it will be interesting to see if the two SUVs hold on to their supremacy in one of the most popular segment in India, and also if Seltos can finally match Creta’s popularity among buyers.