With the new Kia Sonet SUV launch coming up later this month, the Korean auto giant could soon aim to be among the top three carmakers in India.
By : HT Auto Desk
| Updated on: 01 Sep 2020, 02:41 PM 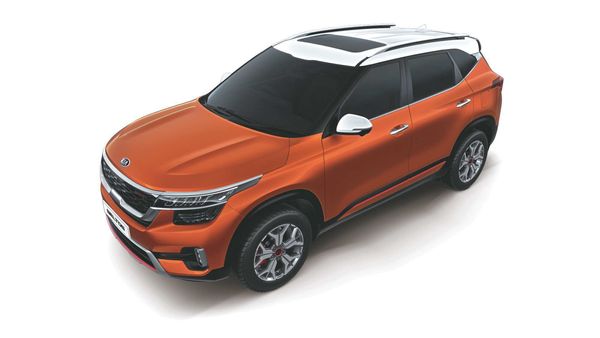 Kia Motors India, with just one Seltos SUV and a luxury MPV in Carnival, has managed record more than ten thousand sales in August. Compared to July this year, the carmaker could sell around 2,000 more this month, mostly thanks to the Kia Seltos SUV's popularity.

Kia Motors is currently the fifth largest carmaker in India with a retail sales of number of 10,845 passenger vehicles. In July, the carmaker had sold only 8,502 units. Kia Seltos shared the larger pie of Kia Motors sale even last month. Seltos recorded sale of 8,270 units out of those July numbers.

In August 2019, Kia's inaugural month in India, the carmaker debuted with 6,236 units selling, all of which were Kia Seltos SUVs. In fact, Kia is the fastest automaker in India to reach 1 lakh sales landmark in just eleven months since the launch of its debut offering Seltos in August 2019.

The Kia Seltos disrupted the B-SUV segment in India and within just 2 months of its launch, the car emerged as the highest-selling SUV in the segment. It also helped the company enter the list of top 5 carmakers in India.

Kia Seltos SUV is also the carmaker’s second best-selling model across the world. Kia Motors Corporation recorded global sales of 219,901 units in July 2020, a 3 percent decrease compared to the same period last year. The Sportage SUV topped Kia’s global sales rankings, with 30,949 units sold, followed by the Seltos SUV with 28,241 units and the K3 (sold as Forte in some markets) with 22,555 units.

Following the launch of Seltos and Carnival, Kia Motors India is now planning the launch of Sonet compact SUV later this month. Going by its already rising popularity with a pre-booking figure of more than 6,500 customers across India, Sonet SUV promises to live up to Seltos’ mark in sales figures. And that could propel Kia Motors in India to one of the top three carmakers in India.

(Also read: India-made Kia Sonet to be exported to over 70 countries across the world)