Size matters but proportions alone are not the hallmark of Carnival MPV. A premium cabin and capable drive make Kia's second offering in India an extremely interesting prospect.
By : Shubhodeep Chakravarty
| Updated on: 27 Mar 2020, 04:00 PM 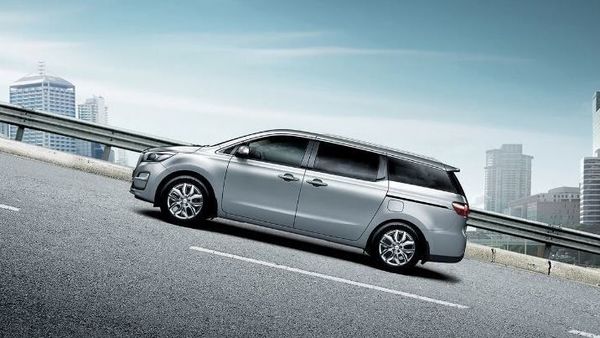 The Multi Utility Vehicle (MUV) segment in India has seen a spurt in recent months with a number of new launches promising not just dollops of space but luxurious interiors as well as a feature-rich cabin. One of the most notable additions to this segment has been the Carnival, Kia's second offering in the country after the highly successful Seltos. It may lack the muscular profile of an SUV but it more than makes up for it by offering an opulent and feature-filled cabin, coupled with decent drive dynamics.

A machine meant for open roads, does the Carnival hold its own in Indian city conditions which can often pose varied challenges for cars with 'bigger than usual' proportions? 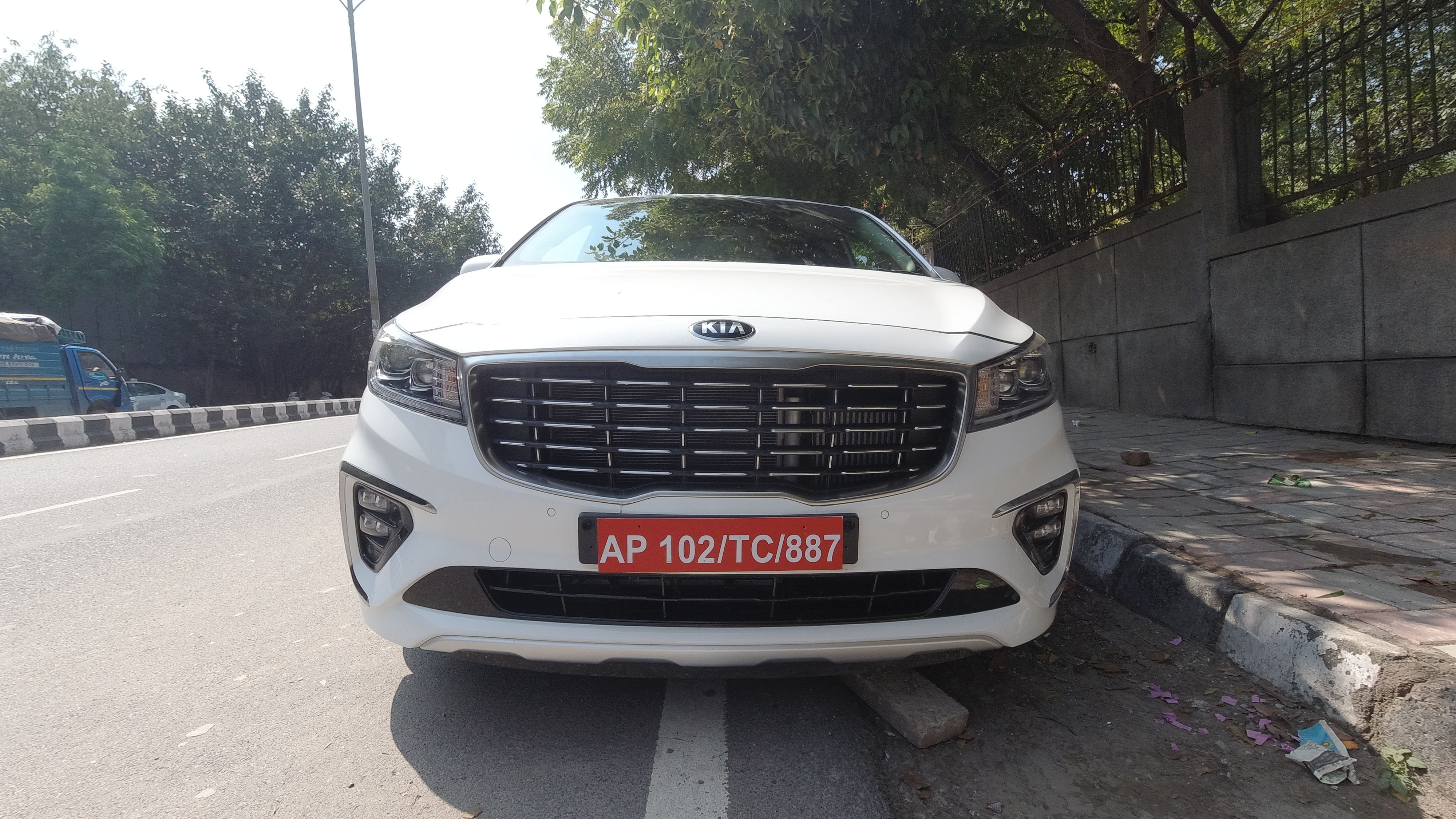 The front profile of the Carnival has a simple yet purposeful appeal to it.

While the overall shape of the car makes it appear unmistakably like an MPV, Kia designers have done well to add elements which also give the Carnival a bit of its own unique flair. The bonnet slides down gently to meet the tiger nose grille which is flanked by sweeping head light units which also feature LED DRLs. Under these are the ice-cube fog lights which are surrounded by C-shaped chrome bazels. Over at the side, the 18-inch alloy wheels stand out from under the reasonably big arches while the blackened C-Pillar is a small but significant touch to enhance the visual appeal. Chrome door handles are just about the only other major design element here to complete a clean profile. At the rear, the car stands straight up and gets striking tail lights, a roof spoiler and a skid plate over at the bumper. Carnival's rear profile gets just the right amount of chrome to enhance the visual appeal without trying too hard.

The main selling point of any MPV is how it is on the inside. And Kia has left no stone unturned to ensure a cabin that would offer much to everyone, and then some more. The car gets multiple seating options and variations with the Limousine variant being the pick of the lot. The seven-seat configuration sees the car getting captain seats in the middle and tablet-like screens for each of the two passengers here. There are foot rests which snap up at the press of a button, on the lines of home recliners. The center seats also move forward and backward, as well as sideways - allowing for decent amount of space for the third-row passengers. The boot space is generous at 540 litres but opens up to a mammoth 2,759 litres with second and third rows folded down. The Limousine variant also gets Nappa leather seats and a panoramic sunroof. 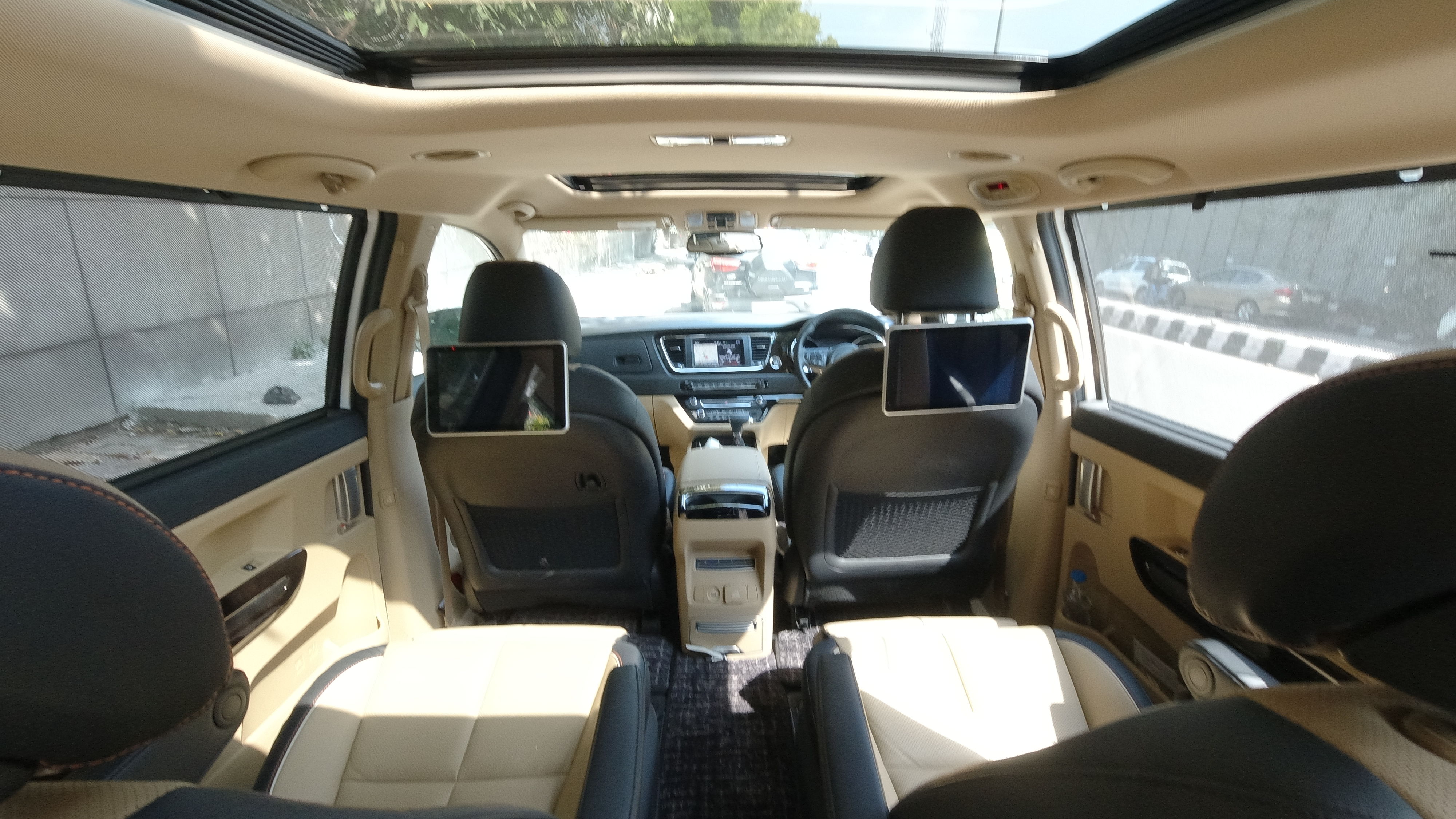 While the second row may be the premium seats in the Carnival, passengers at front really won't have much to complain about. Decent quality of plastics, steering-mounted controls and an eight-inch central infotainment display help in keeping the passengers here both comfotable and engaged. And while the front doors open in the conventional form, the back rows are accessed at a press of a button to allow for the doors here to slide back automatically.

Carnival is at home when out on highway runs. An MPV at heart and in spirit, the car's BS 6-compliant 2.2-litre, four-cylinder turbo-diesel has max power of 200 hp and there's 400 Nm of torque. A fully-packed nine-seat Carnival may struggle just a tad bit to pull all the weight but it is not a major drawback.

The power delivery is quite linear and while there's nothing thrilling behind the wheel, there's no lethargy either. The eight-speed automatic transmission unit also goes about its work without much grumble.

The suspension set up is tuned to tackle bad roads with ease and the ride quality of the Carnival really does stand out. At decent speeds upwards of 60 kmph, the car does a good job of keeping passengers planted even if slightly lower speeds could allow minor vibrations to trickle in.

In city conditions, the Carnival does a fantastic job of keeping itself steady with the steering handling corners reasonably to move a car of Carnival's proportions. In start-stop traffic, the MPV does not let its nerves get the better of it and the gearbox keeps ticking reasonably well. At higher speeds, however, the braking doesn't evoke much confidence and one may need to push a bit more to get the desired effect.

The Long and Long of It A people-mover at its core, Carnival raises the bar in terms of premium styling and comfortable features.

Carnival is an imposing car and there is hardly any doubting that aspect of it. It may, quite obviously, not be the perfect fit in cramped Indian city parking conditions. But barring that, it is a car which is capable of serving its purpose, and with panache. It looks decent, offers premium space and drives reasonably well - even in city conditions - to make a solid case for itself at a starting price of ₹24.95 lakh (ex showroom).