Hyundai AX1 is likely to make a global debut later in 2021.It will be slotted in the newly born micro-SUV segment which currently hosts models such as the Renault Kwid and the Maruti S-Presso.It will be offered in a range of variants.
By : HT Auto Desk
| Updated on: 04 May 2021, 09:36 PM 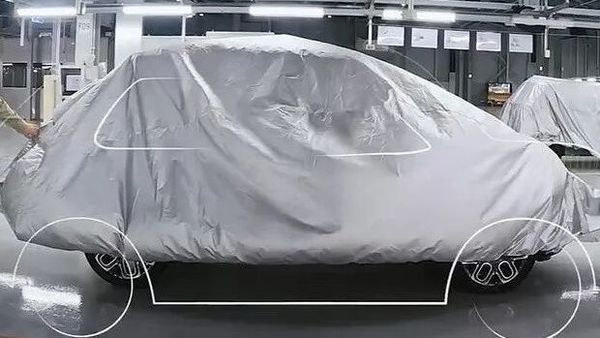 Hyundai is gearing up to introduce a new small-sized model in its portfolio. There is no official name for the car but it is currently codenamed - AX1. It has now reached the final development stages as revealed by a recent spy image (above) that shows the car parked inside a Hyundai plant.

The AX1 is India-bound and will be placed in the newly born micro-SUV segment which currently hosts models such as the Renault Kwid and the Maruti S-Presso. On the other hand, Hyundai's latest offering will sit higher in the segment and will be a more premium offering against the other two models. It will set sight on the Mahindra KUV100 NXT and the upcoming Tata HBX. The latter has been spotted getting tested on the Indian roads several times in the past.

As revealed in previous spy images, the AX1 will be offered in a range of variants. The basic of all will get features such as steel rims, fender-mounted turn indicators, roof antenna, etc. On the other hand, higher versions will feature alloys (as revealed in the above spy shot), LED lighting, dual-tone body kit, etc.

Inside the cabin, it is likely to get features such as a big-sized infotainment screen with Apple CarPlay & Android Auto support, digital driver display, flat bottom steering, etc.

Mechanically, it may receive any of the three engine options – 83 PS 1.2L Kappa petrol engine, 75 PS 1.2L diesel engine, and 100 PS 1.0L turbo-petrol engine, much like the Grand i10 Nios. The transmission option may include both manual as well as automatic options.

When launched in India, it is expected to be placed somewhere in the range of ₹5 lakh to ₹7 lakh (ex-showroom). It is likely to make a global debut later in 2021.