Hyundai Alcazar is looking at replicating the success that Creta has enjoyed in the Indian market.Alcazar has three rows on offer and claims to offer space as well as luxury to larger families.Hyundai Alcazar has been put to test on different road terrain and through varying weather conditions.
By : HT Auto Desk
| Updated on: 04 Apr 2021, 19:02 PM

Hyundai Alcazar is the much-awaited three-row SUV from the Korean car maker and the company on Sunday announced it had completed durability tests of Alcazar, putting it through its paces in diverse conditions in the country.

Alcazar is essentially based on the highly-successful Creta SUV but is also the first time that Hyundai is making a foray into the three-row SUV segment in the country. While the company is making big claims about the premium feel of the vehicle, it is now also underlining the 'go-anywhere' abilities of Alcazar and has informed that it has been tested on a wide variety of terrain conditions, ranging from hilly to highways and rough roads. 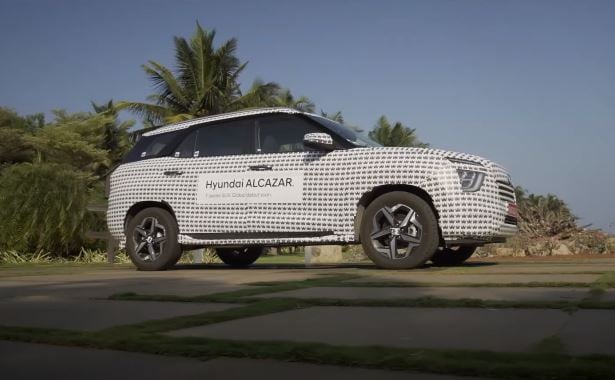 A picture of a test-version of Alcazar from Hyundai. The alloys can be clearly seen in this image.

Additionally, Alcazar has also been tested in several weather conditions and Hyundai claims it has managed to showcase its abilities against all challenges.

A camouflaged Alcazar is seen in a trailer video releaed by Hyundai and although in guise, its pronounced C-Pillar, diamond-cut alloys and LED head lights can be noticed better than ever before.

Hyundai is gearing up to launch Alcazar in the Indian market soon and is making tall promises about its performance, drivability as well as comfort inside for the occupants.

Likely to be powered by a 1.5-litre naturally aspirated petrol engine and a 1.5-litre diesel engine, Alcazar may also get a 6 speed manual and a 7 speed dual clutch automatic gearbox. And while the details are yet to be confirmed, what is almost certain is that Hyundai would pack the car with a mile-long list of features which would include a large main infotainment screen, automatic climate control, wireless phone charging, air purifier, large sunroof, among others. 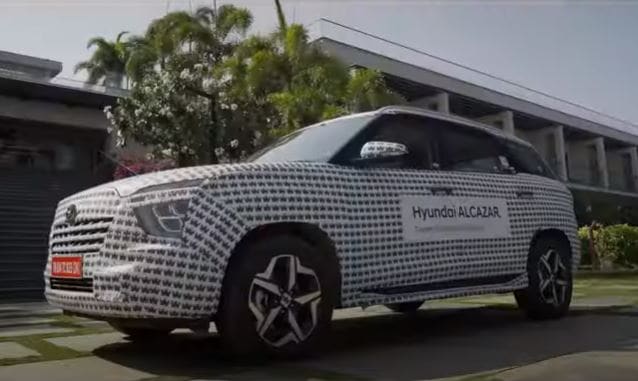 Although in camouflage, the slight similarities between Alcazar and Creta - check out the LED headlight units, for instance, are evident.

For anyone still wondering why the SUV has been named Alcazar, stop wondering.

Hyundai, by using this name, is promising a spacious cabin and a dominant road presence through the Alcazar. And if the massive success of Creta is an indication, the Alcazar too could be a disruptive force in the bigger SUV segment that has recently seen the likes of Tata Safari and MG Hector Plus make their respective debut.