Carnival from Kia promises to bring in luxury in a premium MPV package.Kia's Carnival is bigger than the Innova Crysta and will be packed to the brim with features.It is expected that Kia Carnival could be priced significantly higher than Innova Crysta.
By : Shubhodeep Chakravarty
| Updated on: 04 Feb 2020, 02:45 PM 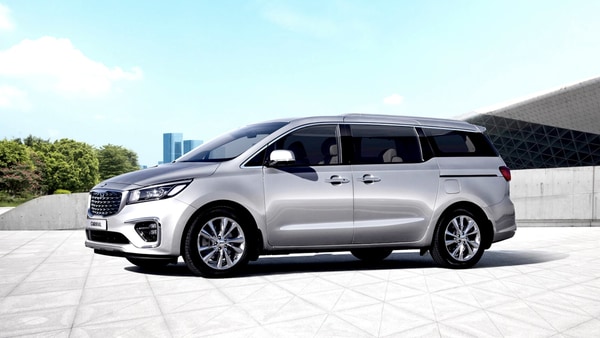 Kia is gearing up to bring in its second offering in India with the Carnival generating quite the buzz ahead of its official launch at Auto Expo 2020. While Seltos, the company's first offering, continues to be highly popular, Carnival seeks to go into uncharted territory where the Toyota Innova has called the shots for years and years.

Considering how the Innova has been a formidable player in the MPV segment and the Innova Crysta managed to change the car's image from essentially being a fleet vehicle to a personal buy, mounting a challenge to Toyota has not been an easy prospect. It is also a prospect that Kia is confident about and there are signs galore that Carnival has what it takes to be a blockbuster in the segment.

Being touted as a VIP MPV, Kia is positioning Carnival as a premium vehicle with stylish looks and fully-loaded interiors. Under the hood is a capable 2.2-litre diesel engine which, while a gamble, promises unmatched performance. With 204 hp power anbd torque figures of 440 Nm, the Carnival could also be quite fuel efficient. Innova Crysta, in contrast, is offered in both petrol and diesel. The 2.4-litre petrol Crysta (AT) has peak power and torque figures of 147 bhp and 343 Nm.

Carnival will be offered with an eight-speed transmission option and is expected to be filled to the brim with convenience and luxury features. Reports suggest that the MPV will have a 360-degree camera, blind-spot cameras, three-zone climate control, connected car technology, eight airbags, dual-panel electric sunroof, one-touch power sliding doors, wireless charging, seats in Nappa leather and rear-seat entertainment system. This could well be the one factor that gives Carnival a massive edge over the Innova Crysta.

Of course, all that is working in favour of Carnival could come at a (much) price band. Kia's latest could possibly start at around the ₹25 lakh mark and this is where the Innova Crysta, which starts at ₹16.14 lakh (ex showroom) might still come as the more appealing buy for the price conscious buyer.