Honda Amaze and WR-V get a number of cosmetic upgrades on the outside as well as more premium edition on the inside.
By : HT Auto Desk
| Updated on: 02 Nov 2020, 17:05 PM

Special edition Honda Amaze and WR-V have been launched in the Indian market.

Honda Cars India on Monday announced the launch of exclusive editions of Amaze and WR-V in the Indian market amid festivities. With a possible aim to bolster sales prospects running up to Diwali, Honda is looking at finding more takers for its offering in the sub 4-meter entry-level sedan segment as well as in the sub-compact crossover segment field of play.

The exclusive edition Amaze is based on the VX in MT and CVT versions of both petrol as well as diesel. It gets a striking window chrome moulding, chrome garnish on fog lamp and trunk, suede black seat covers, functional arm rest, step illumination and front foot light, and an 'Exclusive Edition' emblem.

The exclusive edition WR-V is also based on on the VX in MT of both petrol as well as diesel. It gets suede seat covers, special body graphics, apart from chrome garnish on fog lamp and trunk, and step illumination and front foot light.

The idea behind the exclusive editions of the two models is to offer a little extra to prospective customers during the ongoing festivities. "During this festive season, our focus has been to enrich our models with a distinct premium package which will appeal to our discerning buyers. The new editions of Amaze and WR-V are based on top grade VX and aim to offer enhanced look with added features," says Rajesh Goel, Senior Vice President and Director, Marketing and Sales, Honda Cars India. "Due to the ongoing attractive festive promotions in the market and launch of these new Exclusive Editions, we believe this is the best time to make the much awaited car purchase." 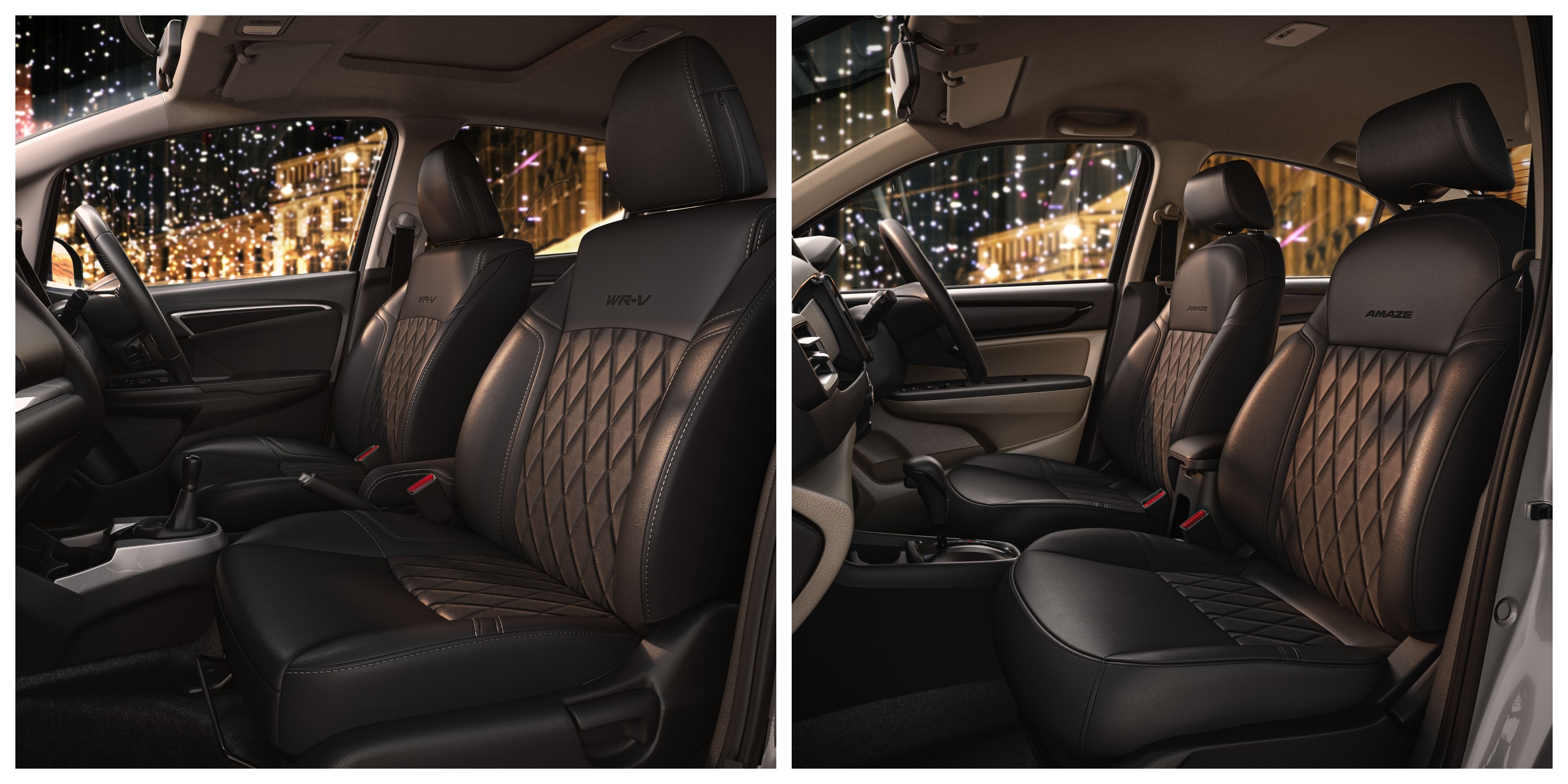 The special materials on the upholstery of the exclusive edition WR-V (left) and Amaze.

Honda has been on a product offensive this year and despite the challenges facing the Indian automotive industry at large, has managed to fare reasonably well. The company sold 10,836 units in October in the domestic market, an 8.3 per cent year-on-year growth. (Full report here)