Rajasthan, Maharashtra and Kerala are among the states that have announced VAT rate cuts in motor fuels following excise duty cut announced by the central government.
By : HT Auto Desk
| Updated on: 23 May 2022, 08:22 AM 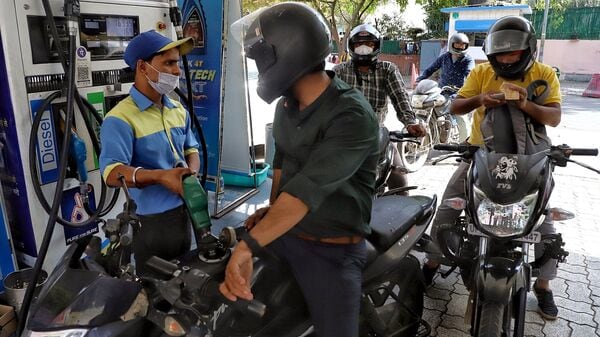 After the central government's announcement of the reduction of excise duty on both petrol and diesel, several state governments including Kerala, Rajasthan, Maharashtra, and Odisha have announced a reduction in VAT rates on both motor fuels. The move comes after a day after Finance Minister Nirmala Sitharaman's announcement late Saturday night.

The Maharashtra government on Sunday reduced the VAT on petrol and diesel by ₹2.08 a litre and ₹1.44 per litre respectively. After the reduction of excise duty and VAT, one litre of petrol will cost ₹111.35 in Mumbai, while a litre of diesel will cost ₹97.28 in the metro city. The Odisha government too took a similar step by reducing VAT rates on petrol and diesel by ₹2.23 and ₹1.36 a litre respectively.

On Saturday, the central government announced an excise duty cut on petrol by ₹8 per litre and on diesel by ₹6 per litre. The move came as surging fuel prices was resulting in rising inflation to a multi-year high level. The excise duty cut translated into a reduction of ₹9.5 on petrol and ₹7 a litre on diesel. The government claims that it will lose more than one lakh crore in revenue due to this excise duty cut on motor fuels. The reduction in tax comes as a much-awaited breather for motorists and non-motorists.